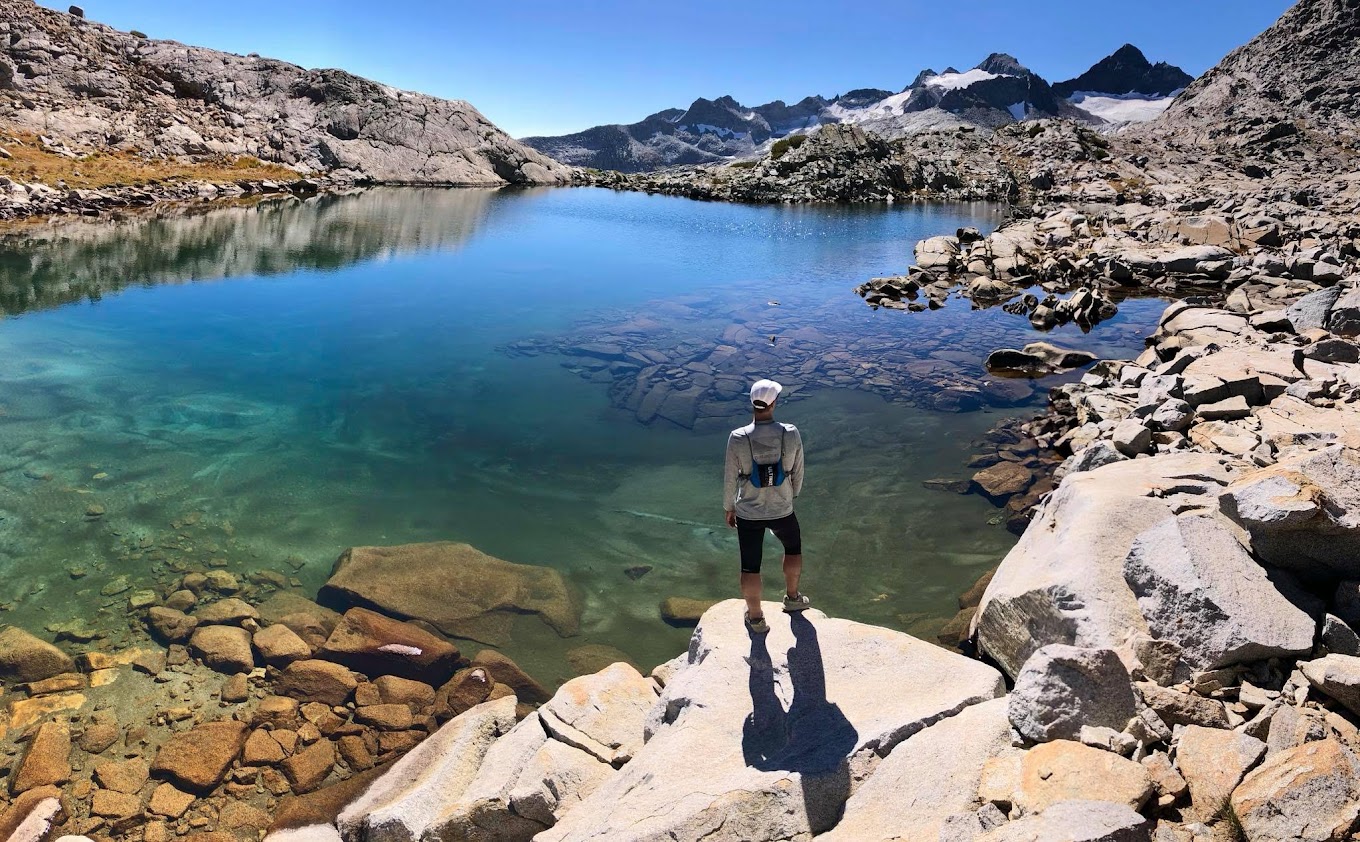 Often times the best scenery in the Sierra is found between the canyon or valley bottom and the craggy ridge crests.  The Sierra High Route is perhaps the best example of this straddling the sweet spot between the montane forest and the more arduous travel characteristic of the ridgelines.  This post describes a much shorter high route that is a wonderful traverse 2,000 ft above Lyell Canyon from Amelia Earhart Peak to the Lyell/Maclure massif providing an alternative off-trail route to reach the “roof of Yosemite” with tremendous  scenery throughout. The route passes by several unnamed lakes that would otherwise merit a name but for their extremely remote position.  The centerpiece lake is Maclure Lake, with its deep blue water surrounded by granite slabs and the glaciated north face of Mount Maclure towering above.  For the entire length of this traverse one enjoys an authentic sense of solitude as very few people venture off the beaten path to this remote corner of the Cathedral Range.  As the route lies between the arduous glacial moraines and the forested canyon below, the off-trail travel is mostly efficient consisting of friendly granite slabs and wide open visibility (on a clear day).  Map of route here.  Photos albums: Google; Facebook

From Tuolumne Meadows head south on JMT/PCT through the lower part of Lyell Canyon. At about 5.5 miles turn off toward Ireland Lake. Leave the trail soon after it veers away from the main fork of Ireland Creek (before the trail commences a large switchback). Make a short steep ascent for about 250 vertical feet before reaching expansive meadows. Traverse across the remarkably flat meadows aiming for the north shoulder of Amelia Earhart Peak. Cross Ireland Creek near lakes and tarns downstream of Ireland Lake and begin a climb up meadow and talus to the north ridge of Amelia Earhart Peak. Once on the north ridge, a short class 3 scramble leads to class 2 rock hopping that continues all the way to Amelia Earhart Peak. The views of Ireland Lake are breathtaking on one side, and the other side features arguably the best view of the Lyell and Maclure group from any vantage point.  Ireland Lake is a gem but it really only shows its true majesty from above when its circular shape and deep blue waters contrast with enormous meadows nearby that surely inspired the name selection. For this reason alone I recommend starting the traverse by climbing up and over Amelia Earhart Peak and resisting the temptation to take the trail to Ireland Lake and then head up the slopes to the low point along the ridge connecting Amelia Earhart and the Cathedral Range Crest.

From Amelia Earhart first traverse south along the east (left) side of the south ridge of Amelia Earhart Peak and then descend talus, granite slabs and clumps of grass down to a chain of spectacular lakes. These lakes have no name and not even an elevation marker on the topographic map, but their position on a bench above Lyell Canyon provides marvelous views across the basin to Lyell and Maclure.  From these lakes continue on a nearly level traverse at around 11,200 ft rounding a sharp buttress to reach the wonderful “Lake 11,275” which sits in a deeply carved granitic bowl with the spires of Mount Simmons’ ridges towering above. Lake 11,275 has a intensely wild and remote character and is entirely above tree line save for a few hardy pines. From Lake 11,275 make a gradually ascending traverse to Maclure Lake at 11,448 ft.  Maclure Lake is a gem of the High Sierra in a desolate and rugged landscape of ice, rock and water. The coastline is almost entirely ice-polished granite slabs with Mount Maclure and the Maclure Glacier towering above. While Maclure Lake no longer possesses a turquoise color, two tarns upstream of the lake are closer to the glacial moraine maintain unique glacial colors. In particular, the highest tarn at ~11,550 sits immediately beneath the jumble of boulders that constitute the Maclure Glacier moraine and contains an amazing color infused as just the right amount of glacial silt is infused into the meltwater. However, don’t expect to find these tarns earlier in the season as this are beneath Mount Maclure is one of the snowiest spots in the High Sierra and retains snow and ice well into summer on most years.

From Maclure Lake an ascending traverse on granite slabs leads to the north east ridge of Mount Maclure.  Ascend the crest of the ridge and turn left (south) when the ridge abruptly reaches a spire to reach a series of three magical glacial tarns at the foot of the Lyell Glacier (aka the “Lyell Tarns”). Not too long ago these tarns were submerged in ice, but the Lyell Glacier has been receding rapidly for decades to the point that the Lyell Glacier is no longer officially a “Glacier” but rather a stagnant patch of ice. In order to qualify as a glacier, the ice must display movement. Nonetheless, the ice continues to produce glacial silt, also known as flour, which colors these tarns a magical turquoise.  In early season when the unstable, arduous glacial moraine is covered in snow it is easiest to ascend the main body of the Lyell Glacier to the saddle between Lyell and Maclure.  However, in later season it is much easier to use granite slabs on the west edge of the glacier (close to Mount Maclure) leaving only a small section of snow to cross near the saddle. This avoids the need to climb the glacial moraine and the need to carry snow equipment.  However, if one does not carry snow equipment the only feasible route is the NW ridge of Mount Lyell which is mostly class 3 but includes a couple class 4 moves that get the bump up due to wild exposure.  In earlier season one may use crampons and axe to climb the NW face to the highest reaches of the Lyell Glacier and avoid the technical scramble all together, but this face can be icy and it gets quite steep.  Mount Maclure may look intimidating from Mount Lyell, but it’s mostly class 2 with a little bit of class 3 and is decidedly the easier summit of the two to climb.  Both Lyell and Maclure have tremendous views of the surrounding terrain. From Lyell and Maclure the traverse finishes by reversing the route from the Lyell Tarns and then either descending the NE ridge of Maclure or heading straight down to the headwaters of the Lyell Fork Merced River. Both options are relatively efficient on granite slabs and reach the John Muir Trail at a similar spot.  At the JMT, the off trail portion is done but it’s over 10 miles to complete the route to return to Tuolumne Meadows. This time you will pass through the entire length of Lyell Canyon one will especially appreciate the grand scenery of the Maclure High Route as Lyell Canyon becomes relatively mundane. 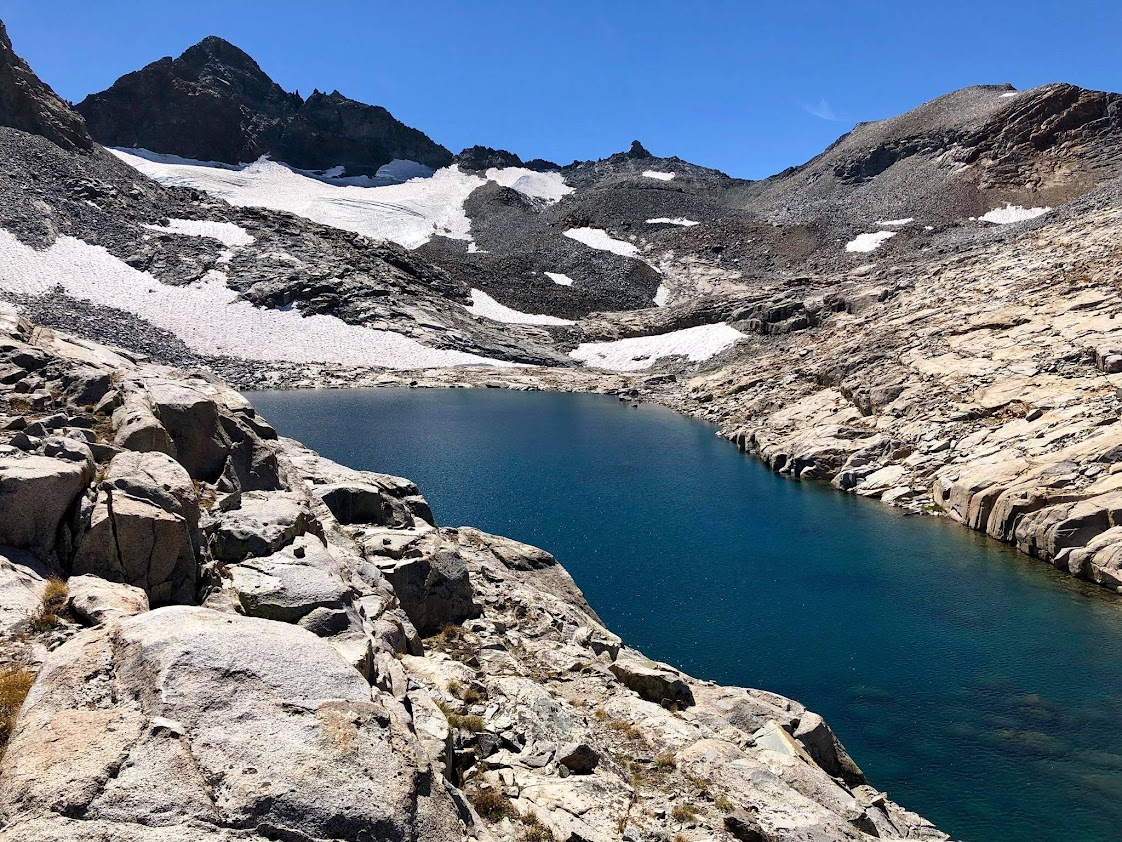 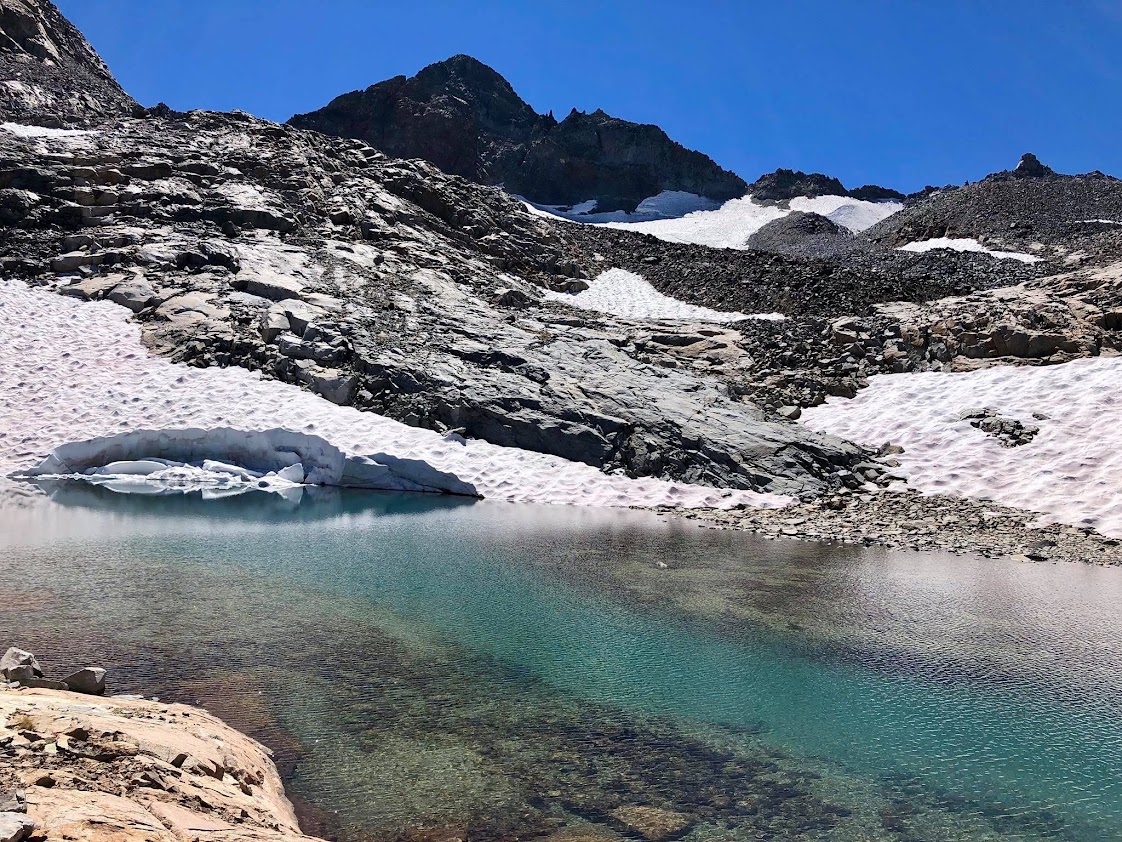 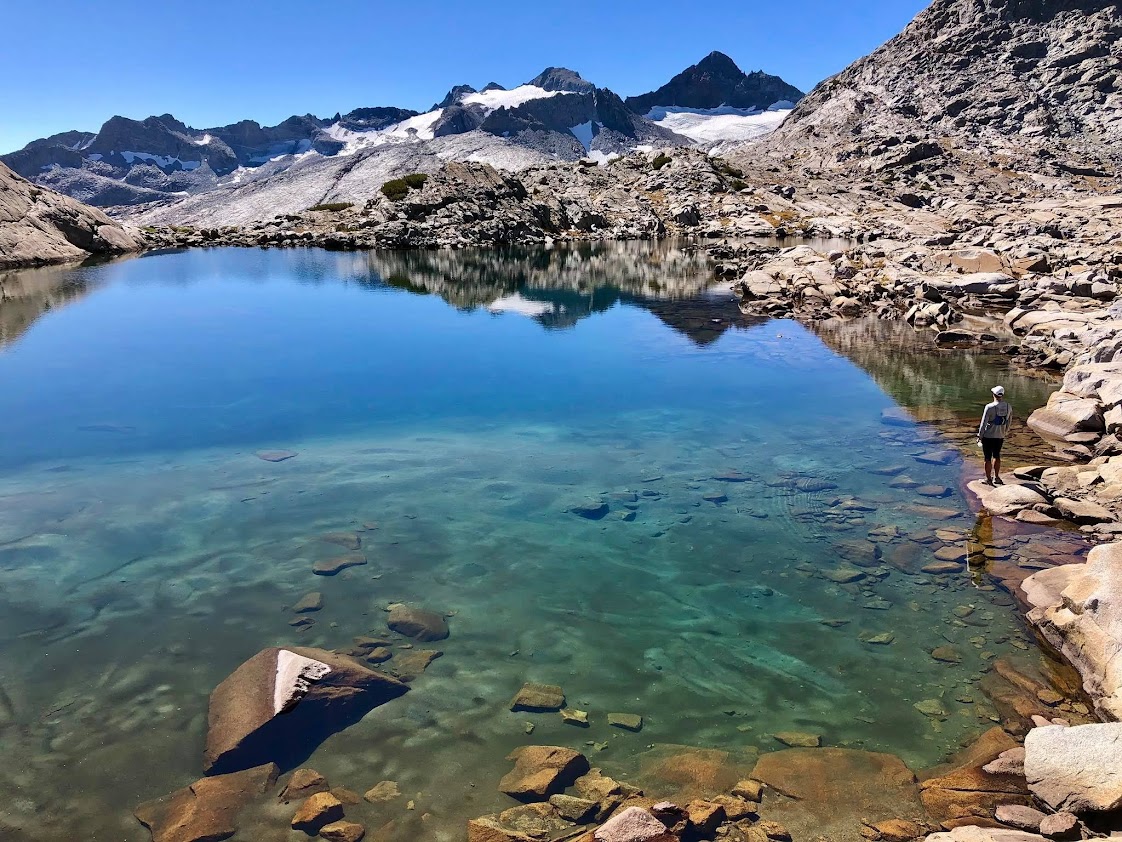 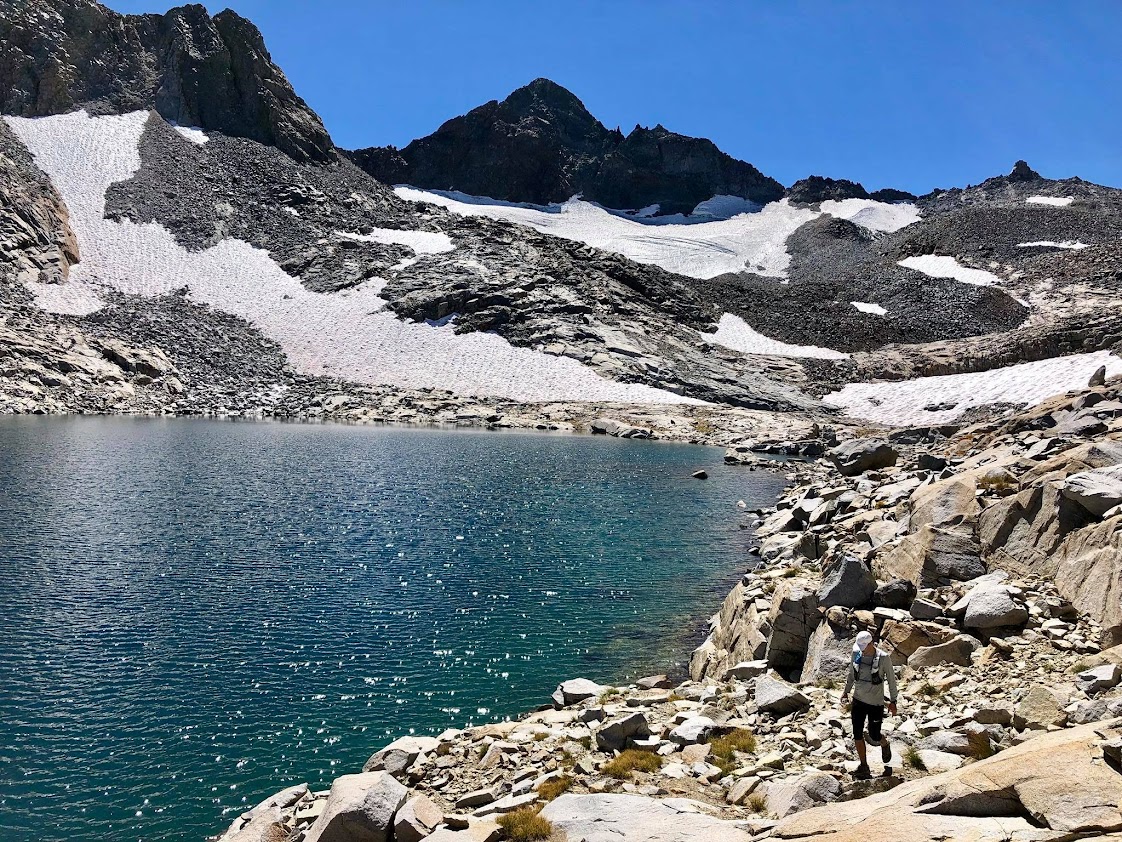 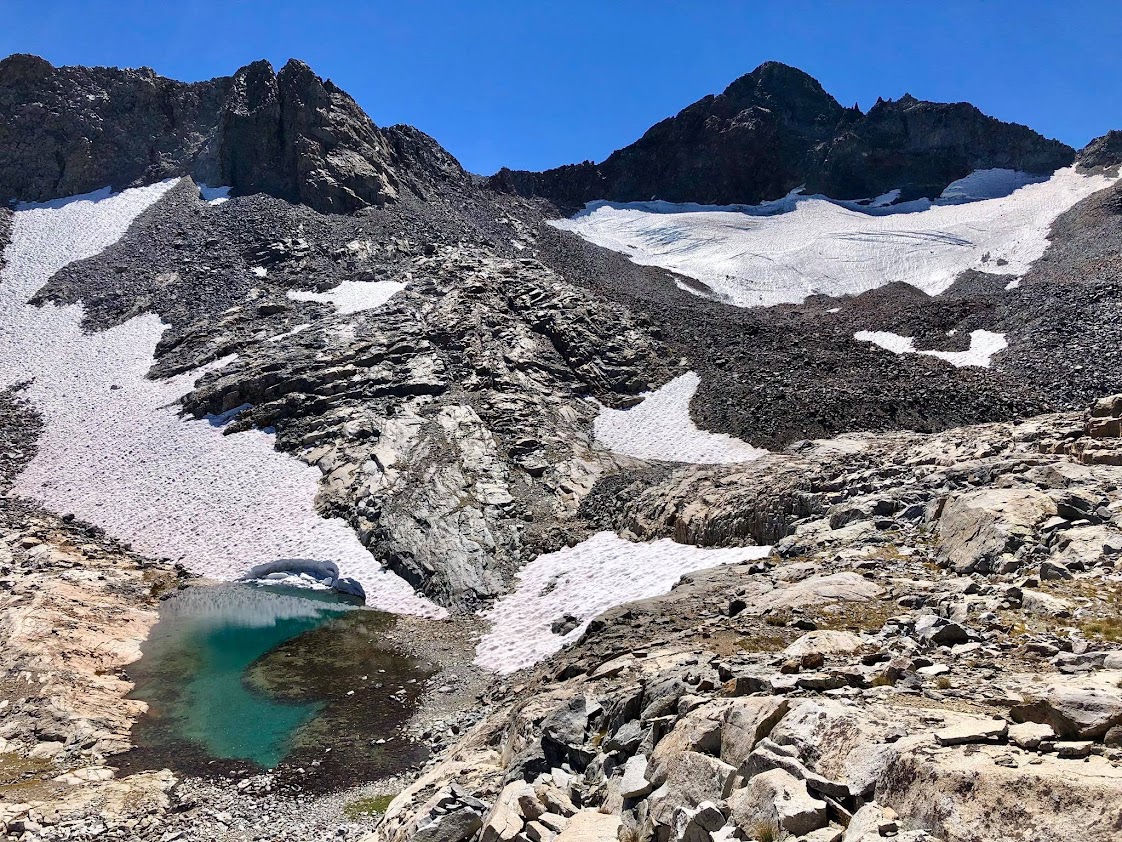 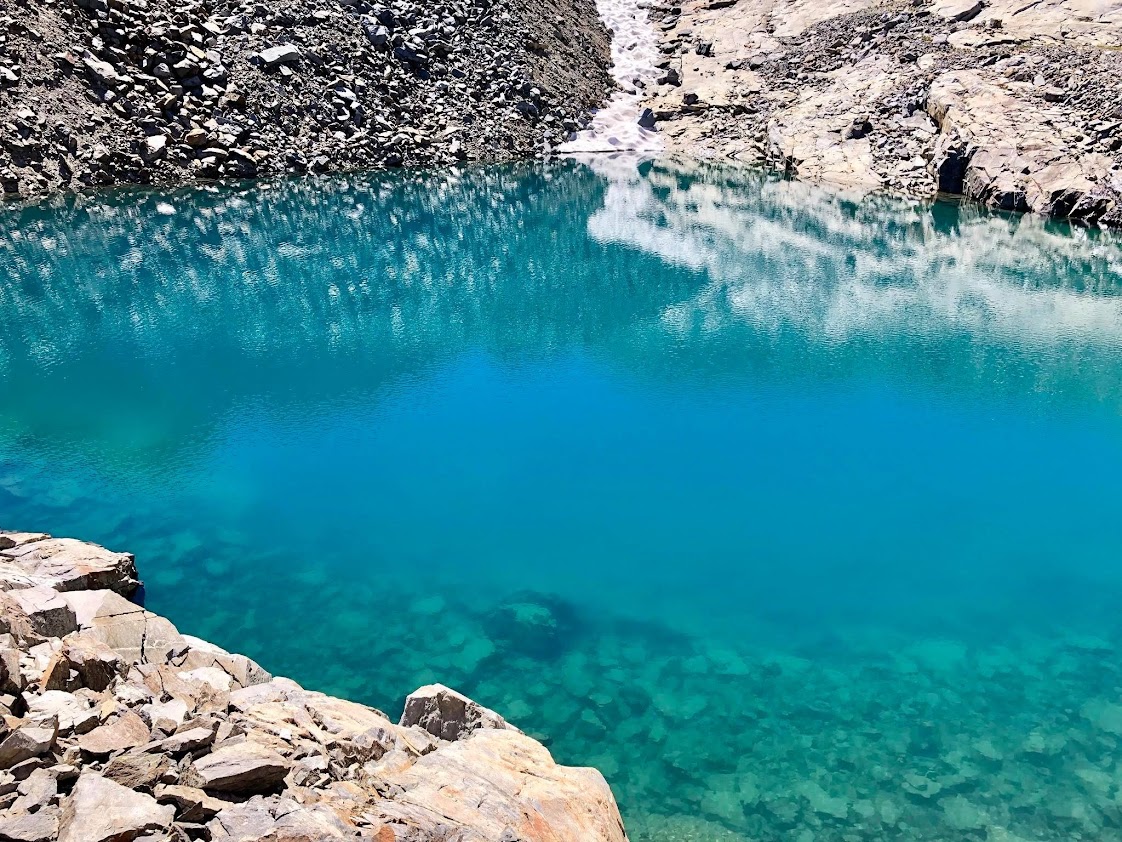 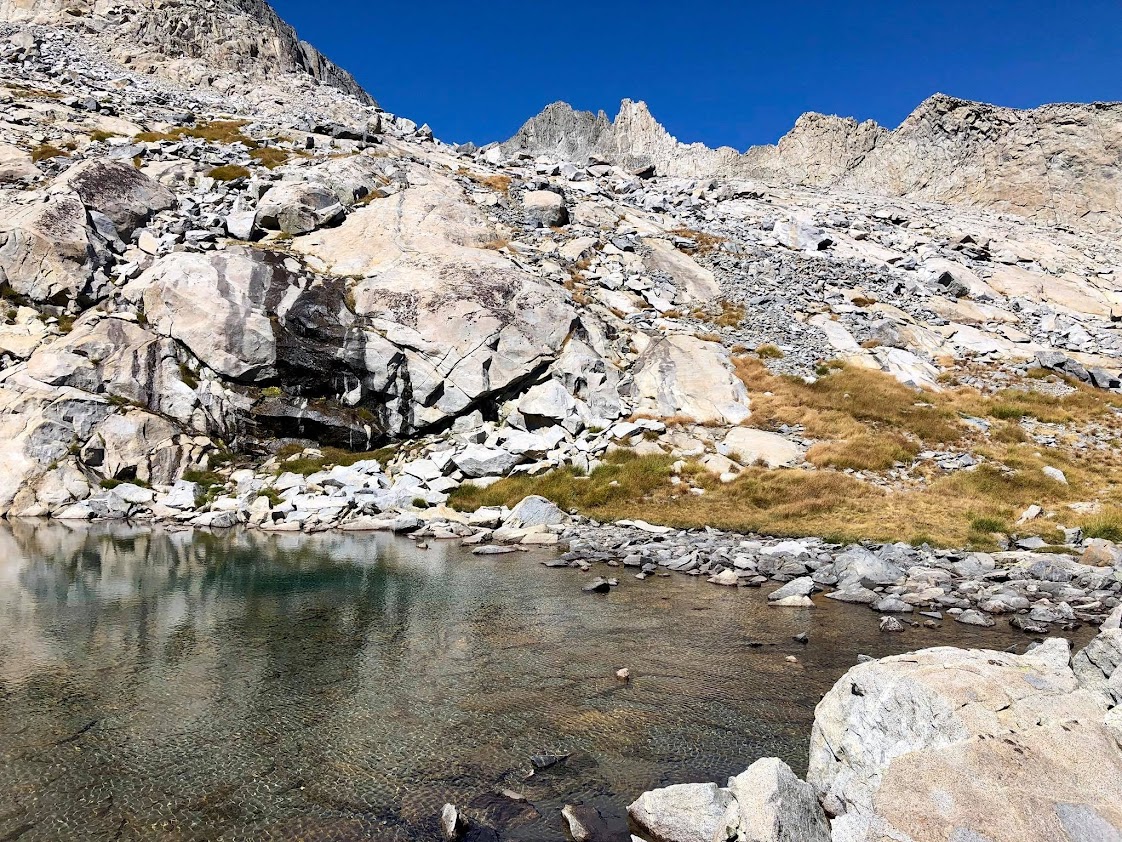 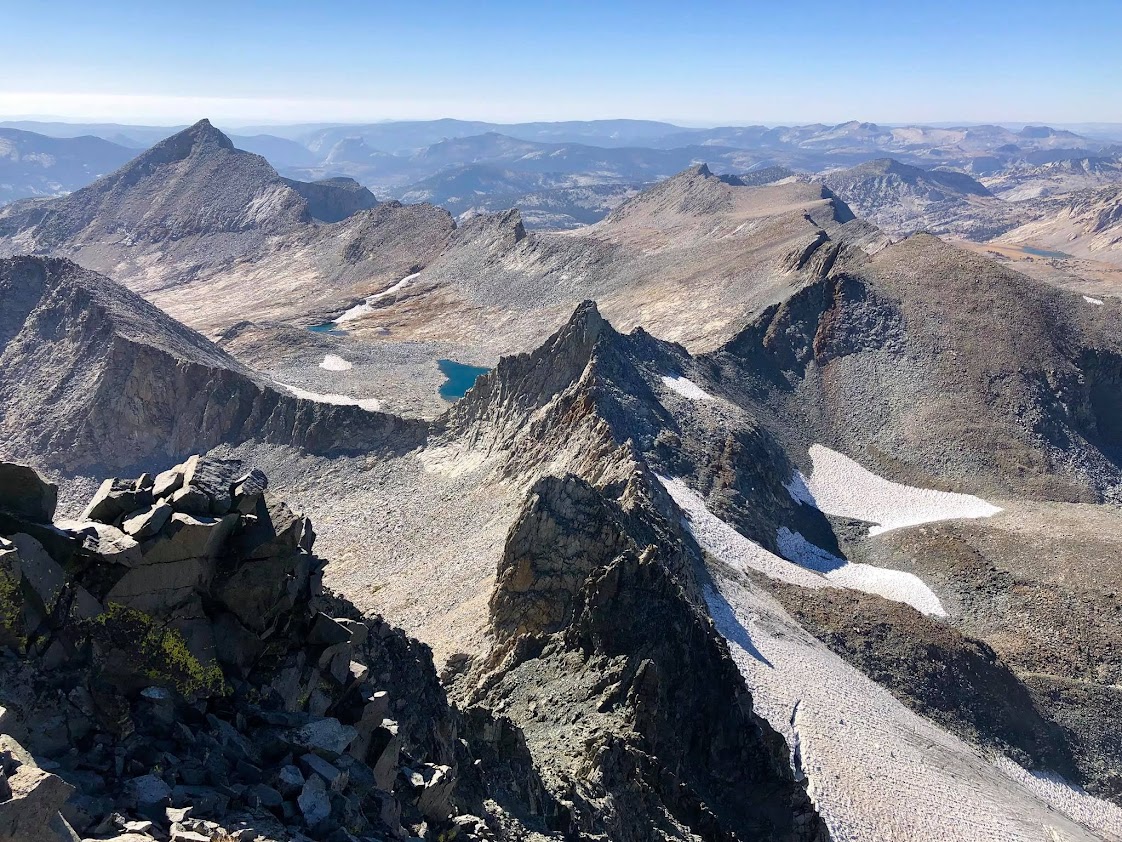 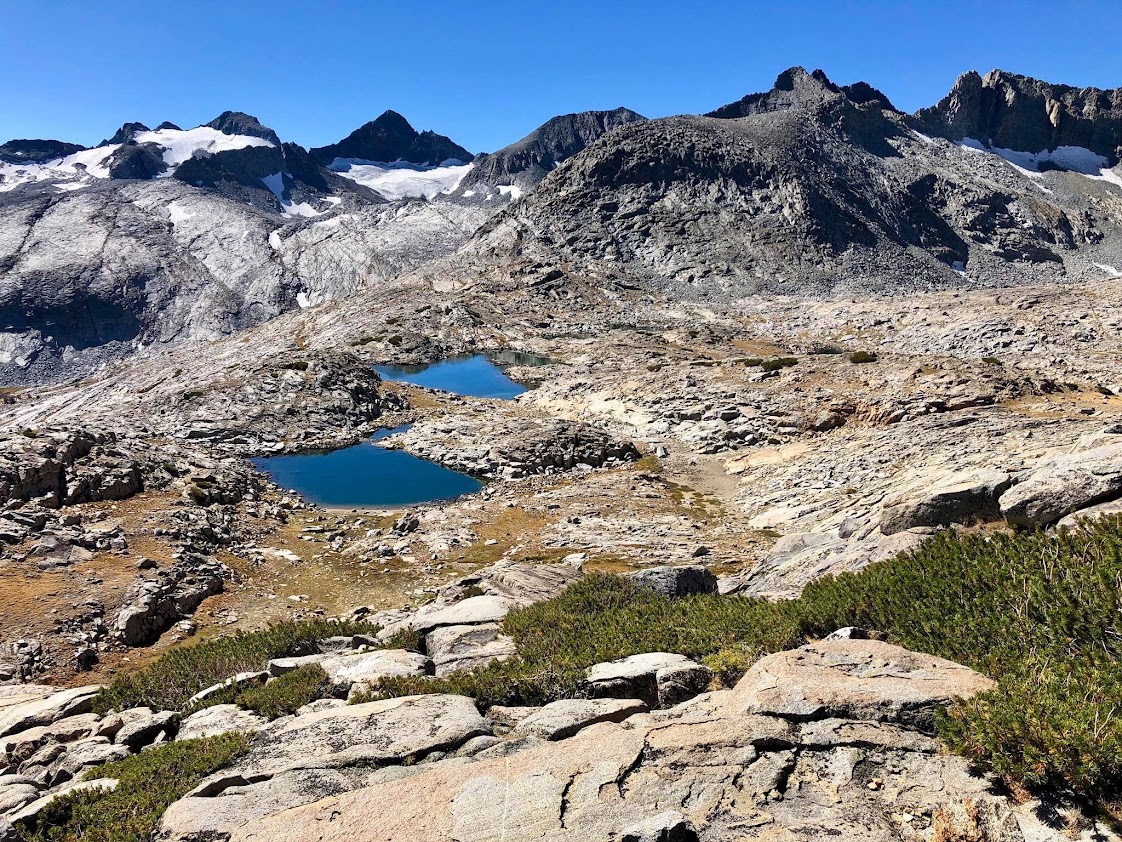 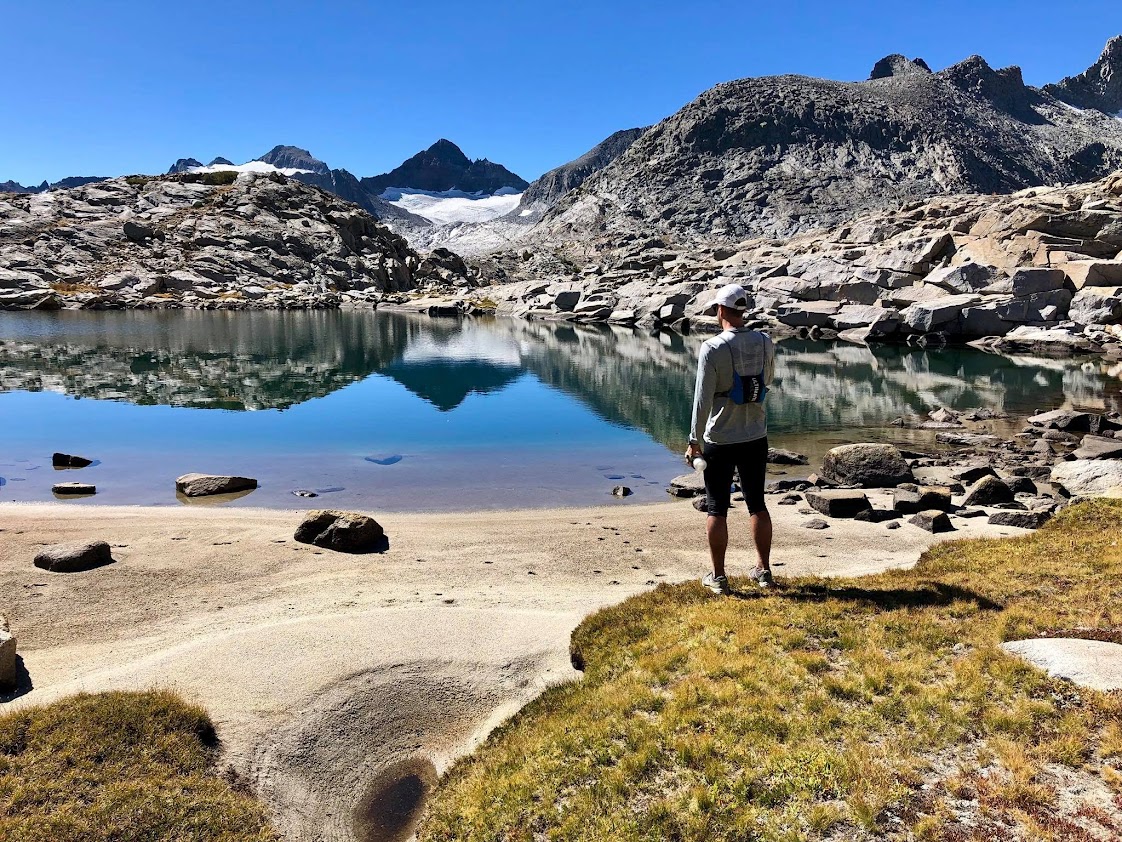 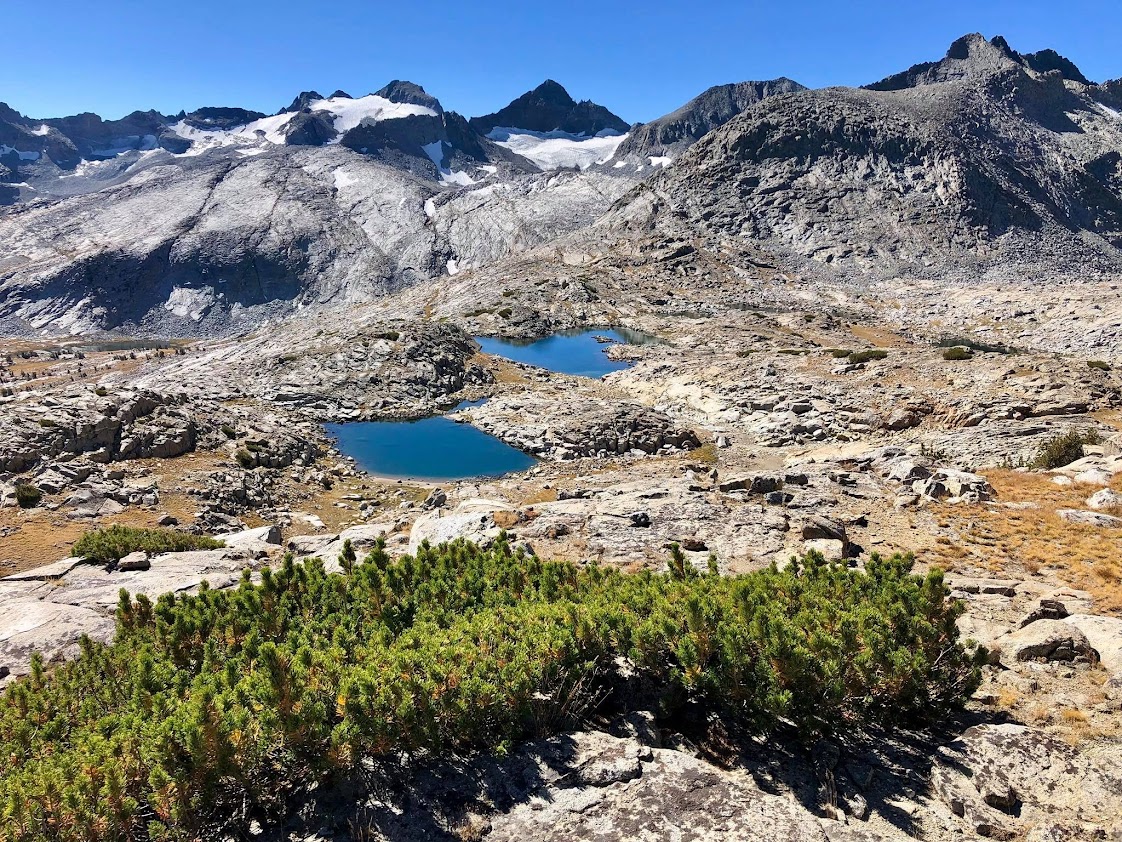 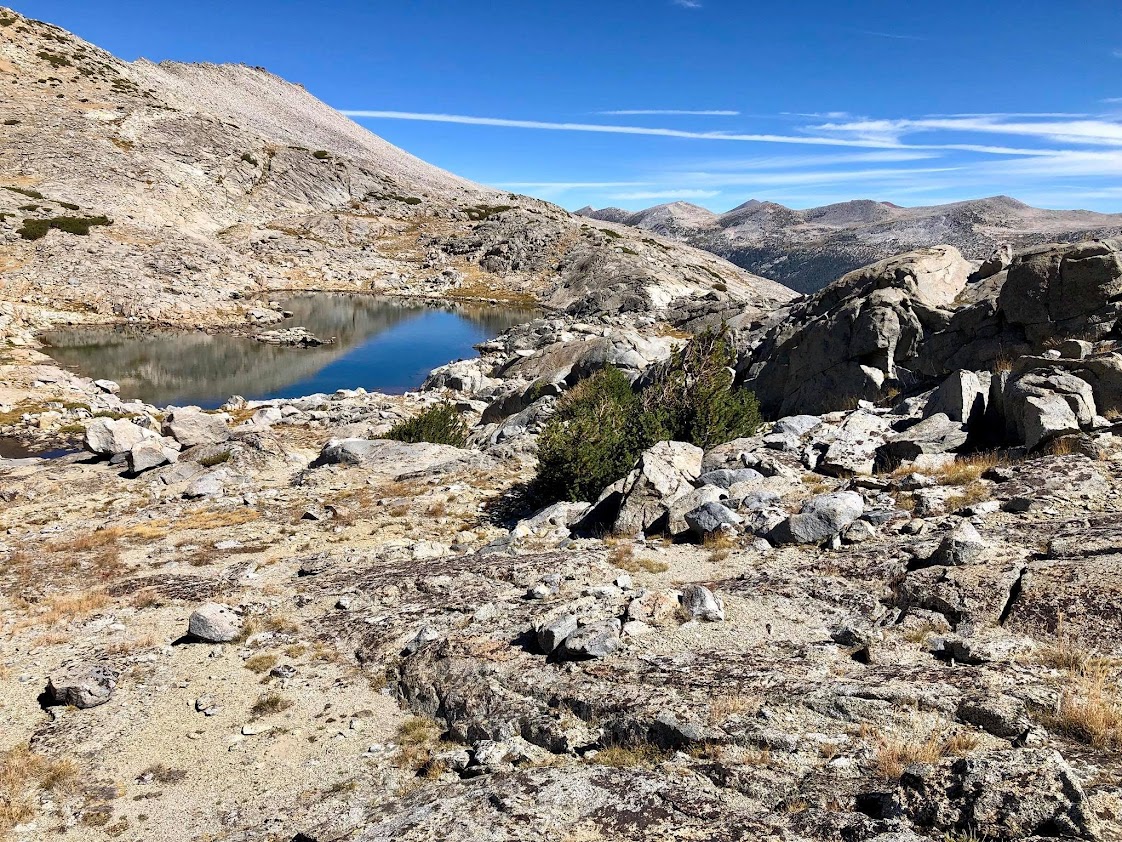 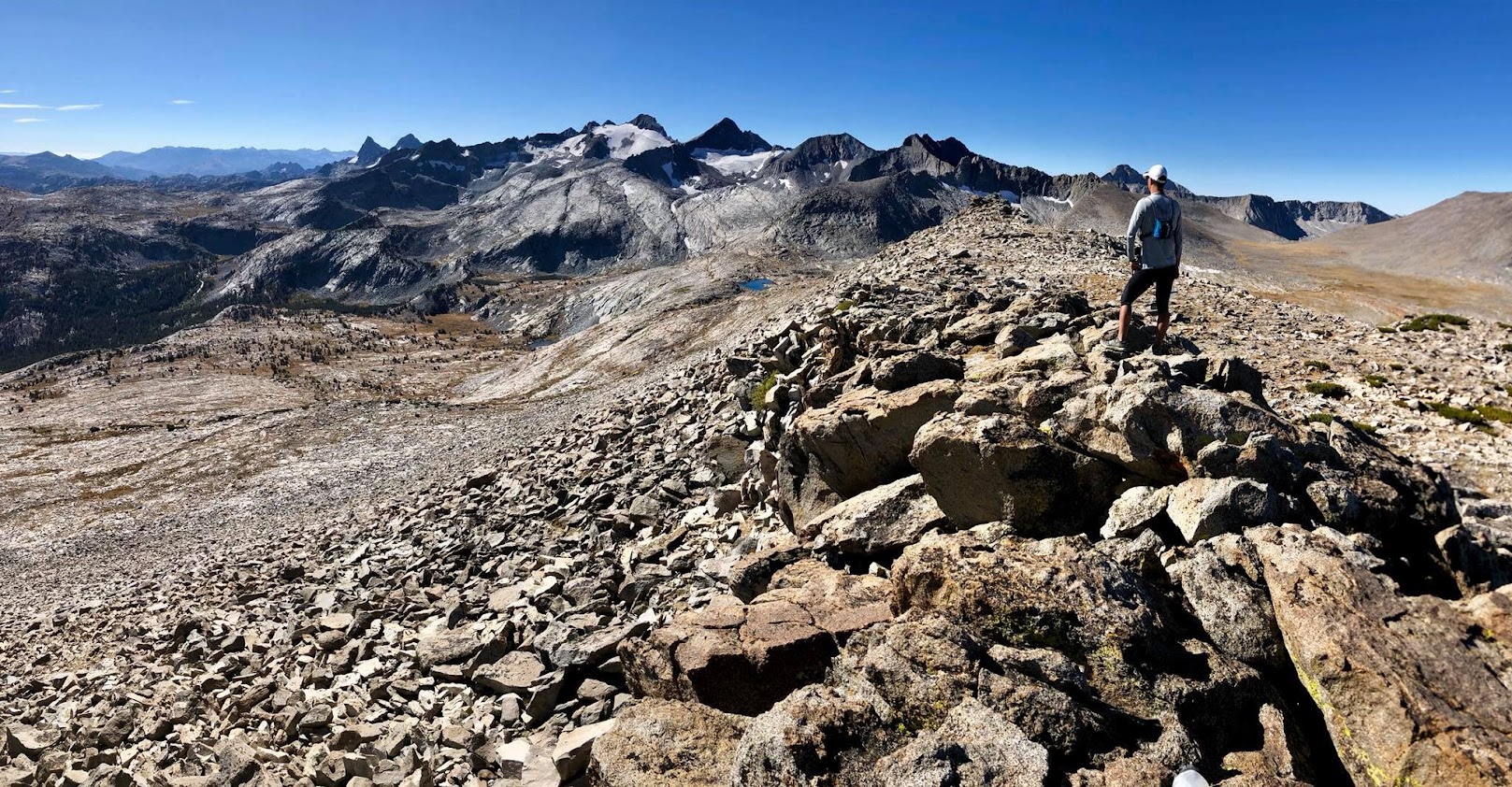 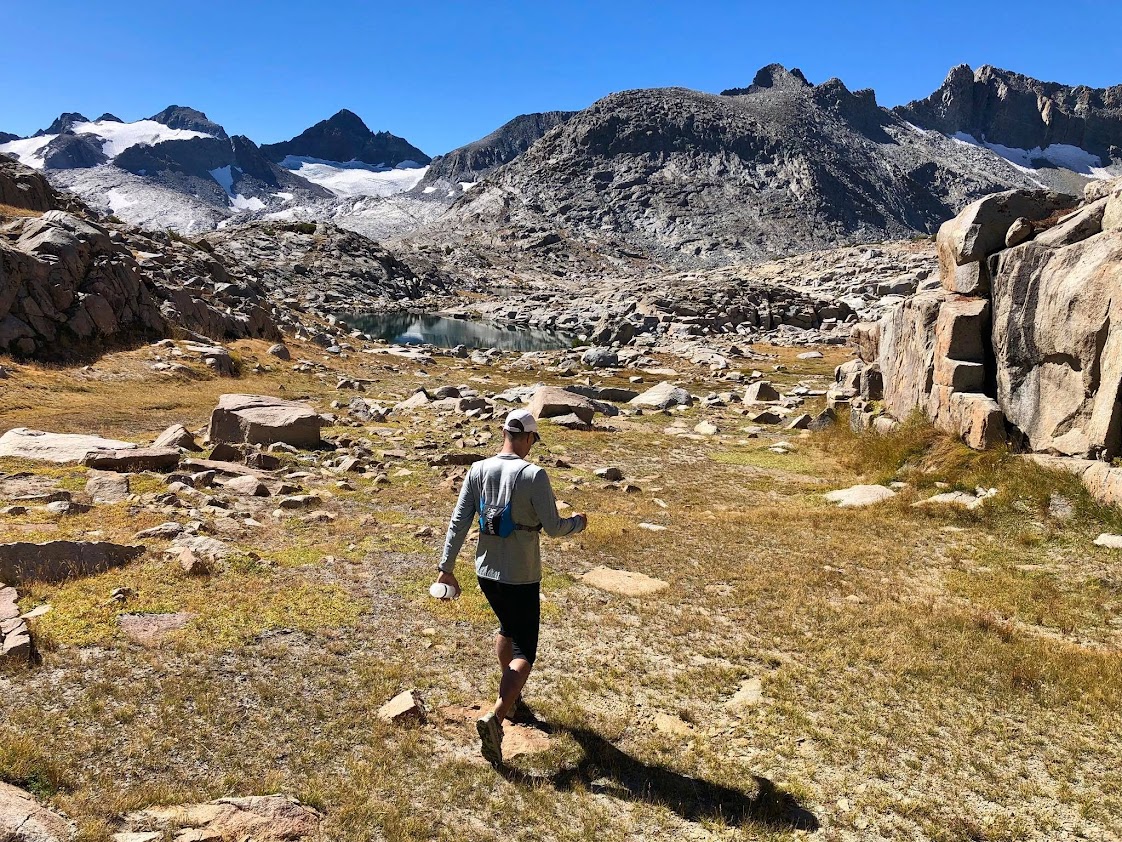 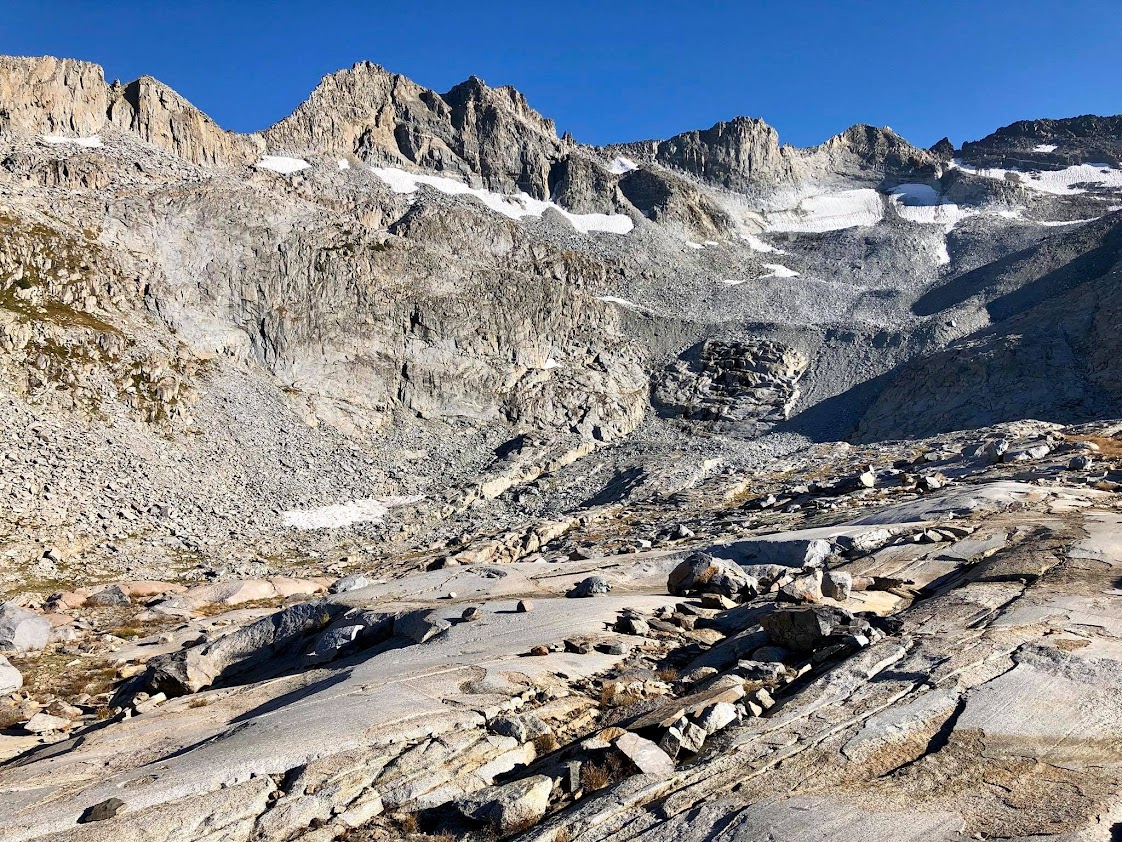 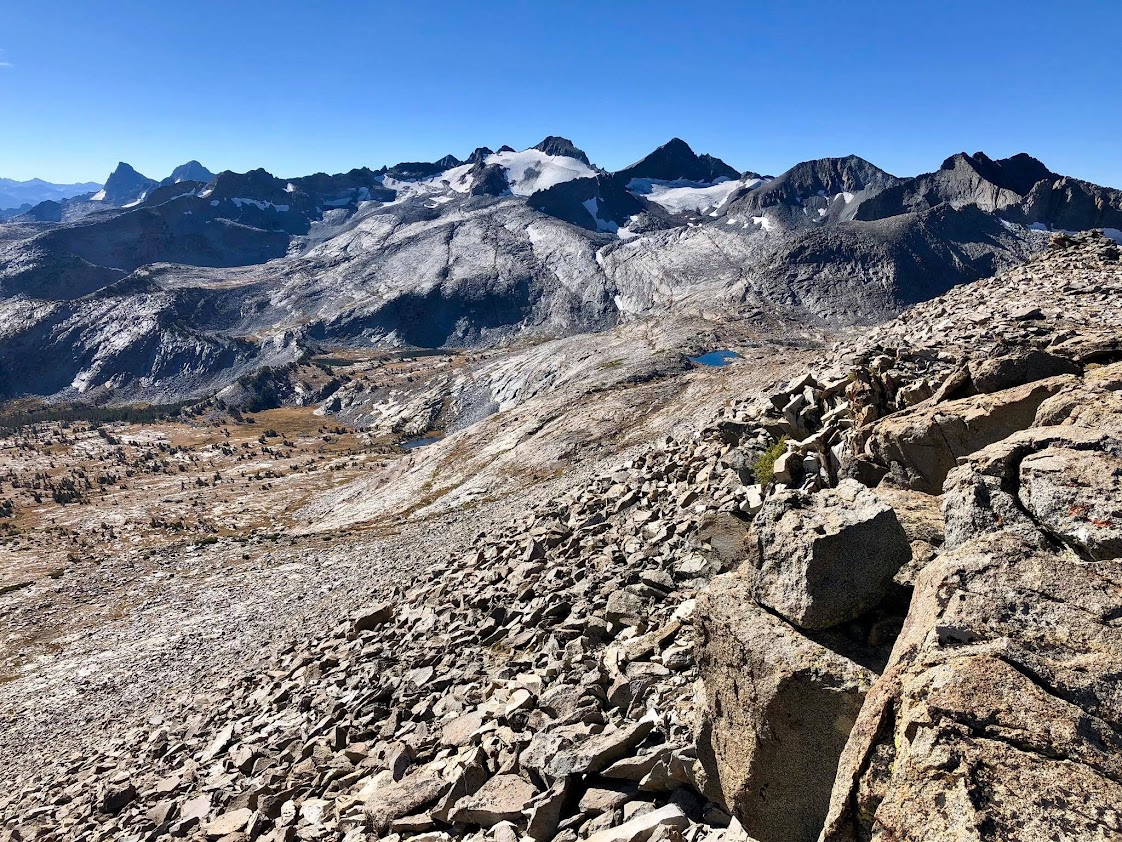 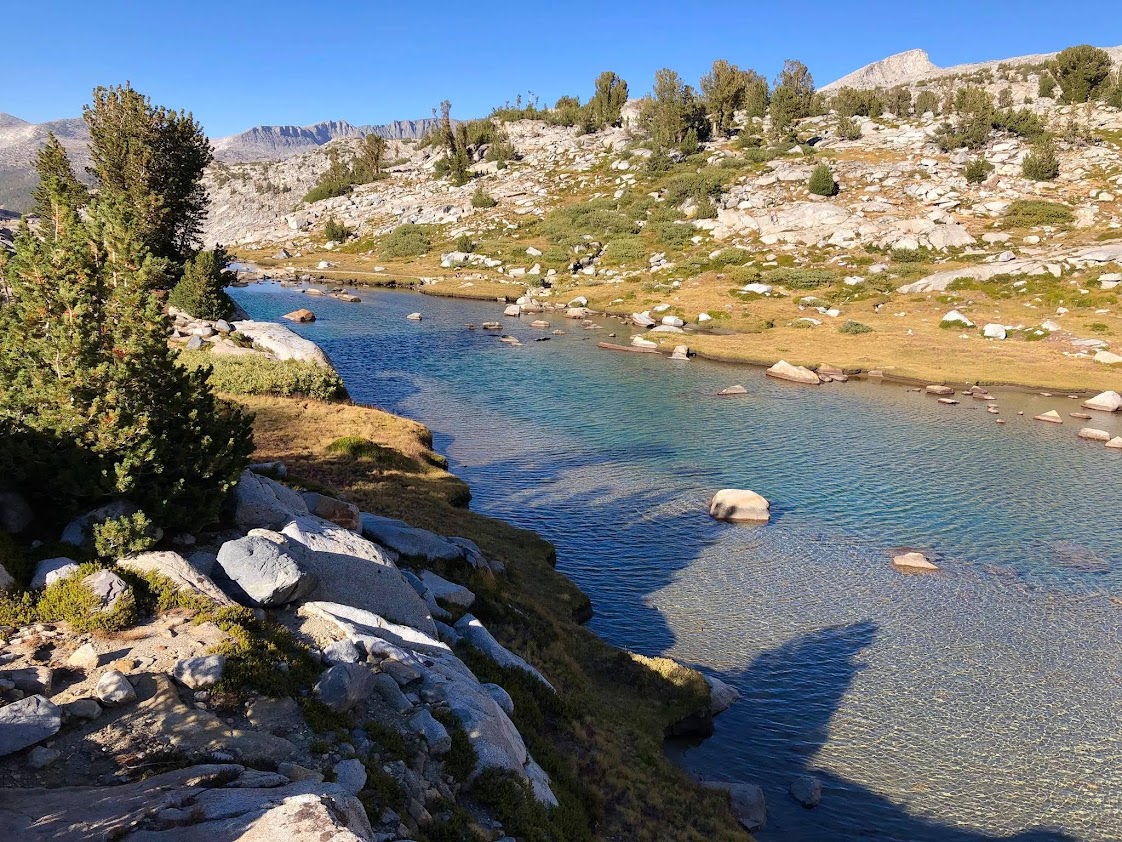 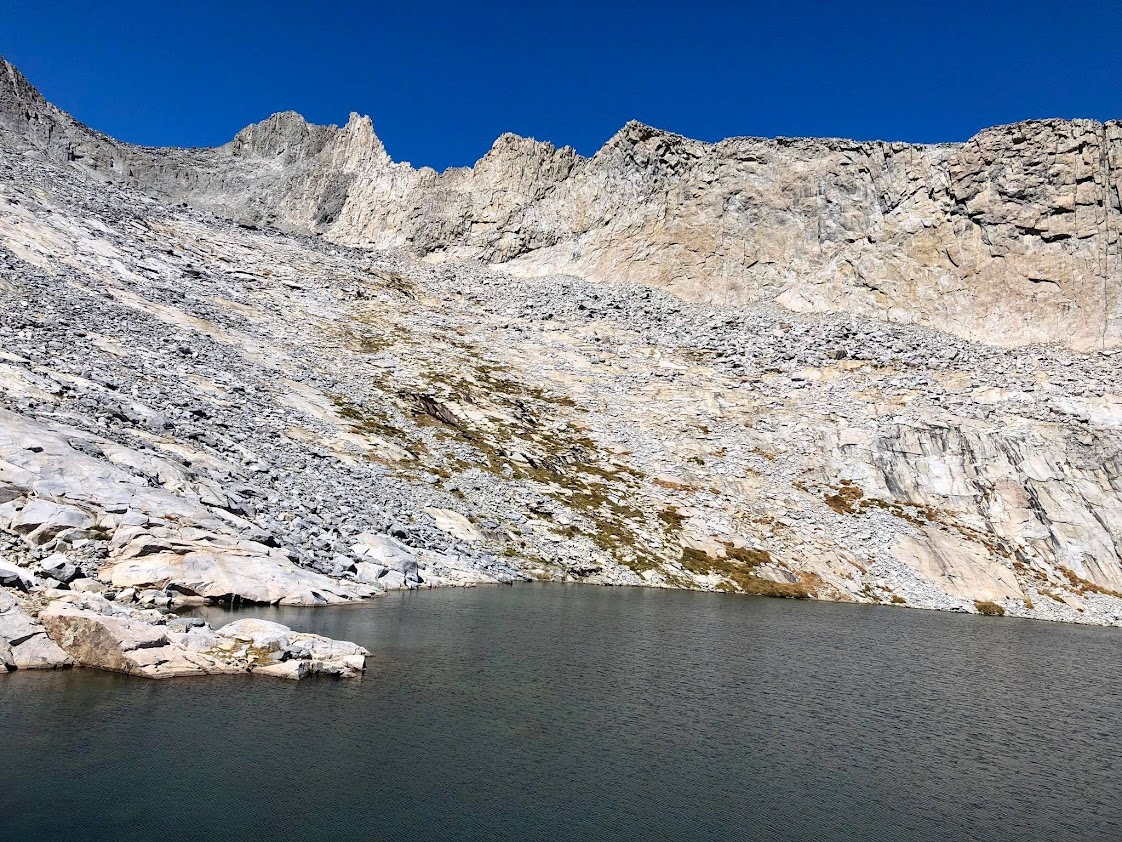 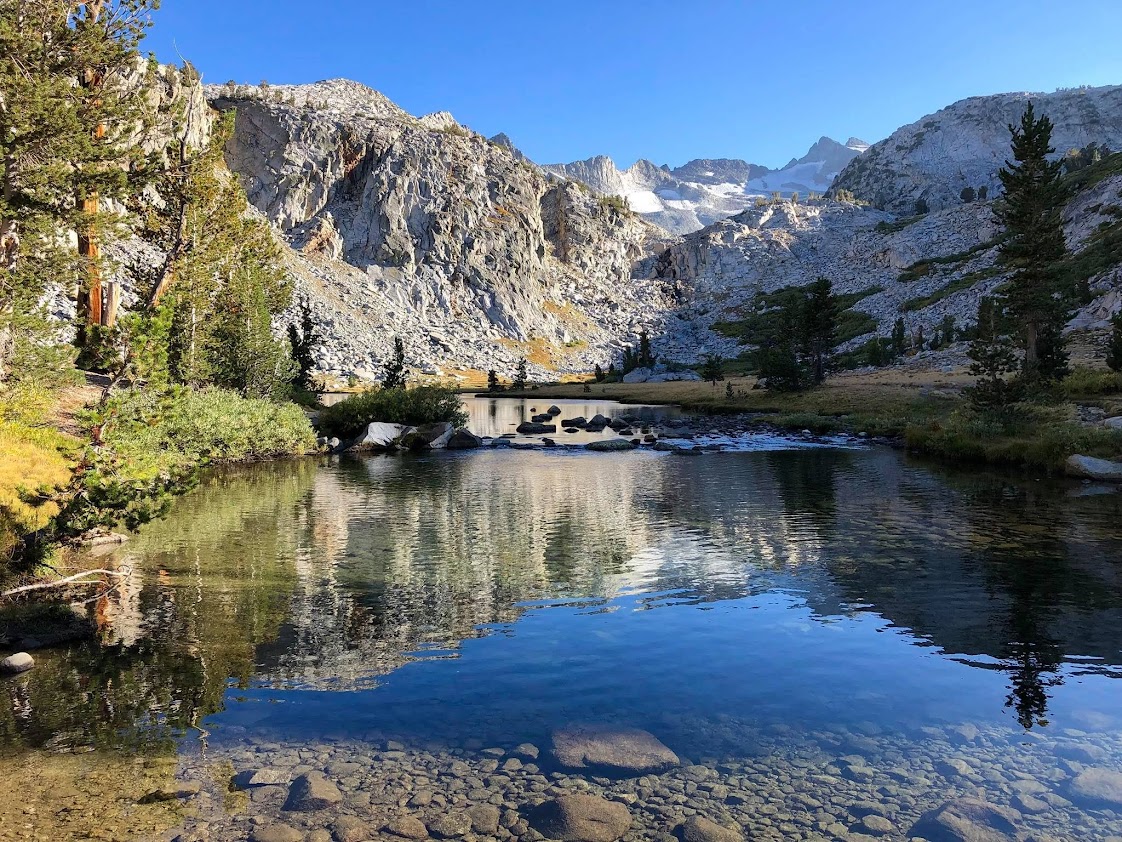 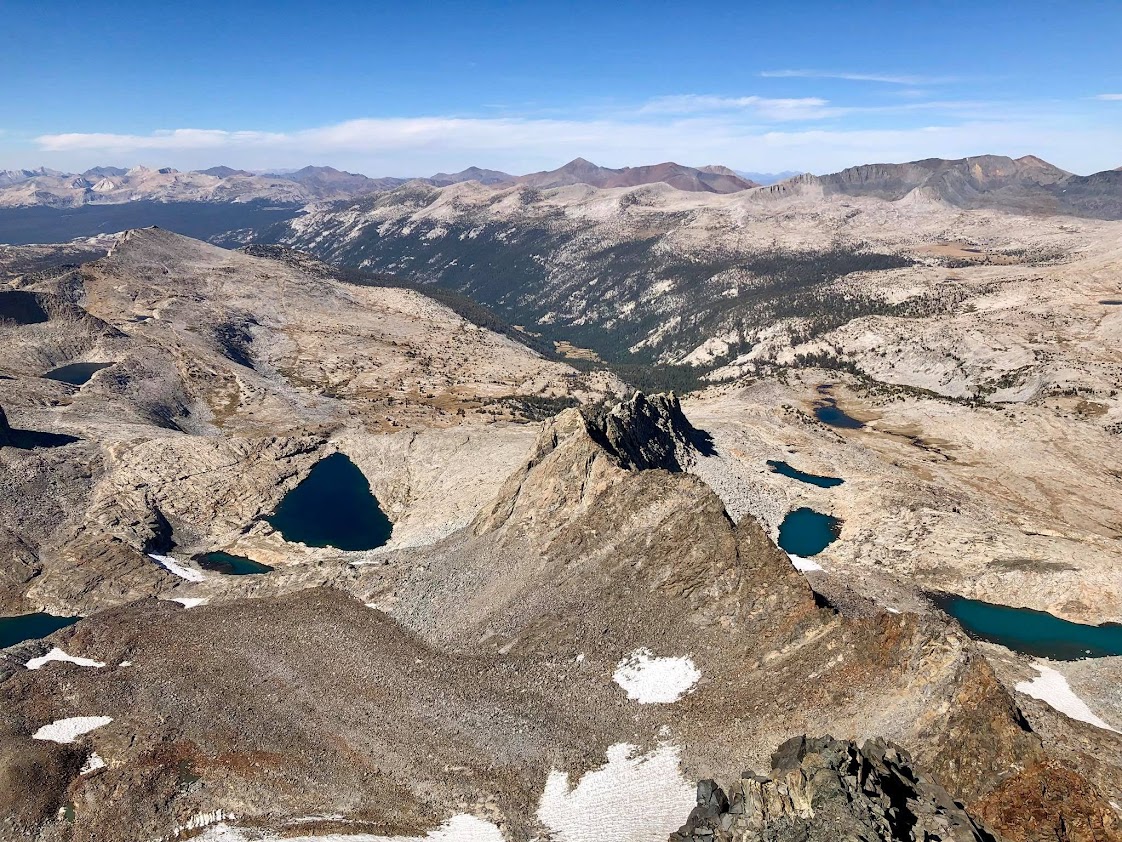 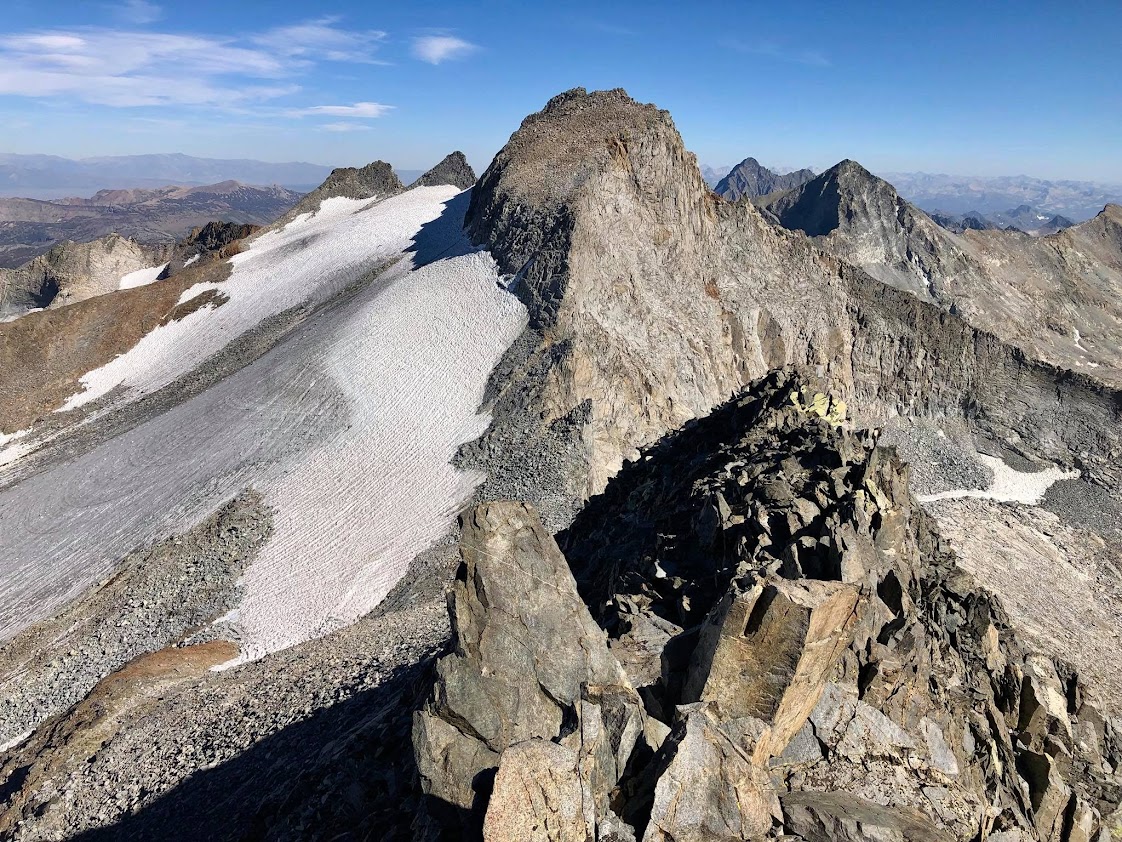 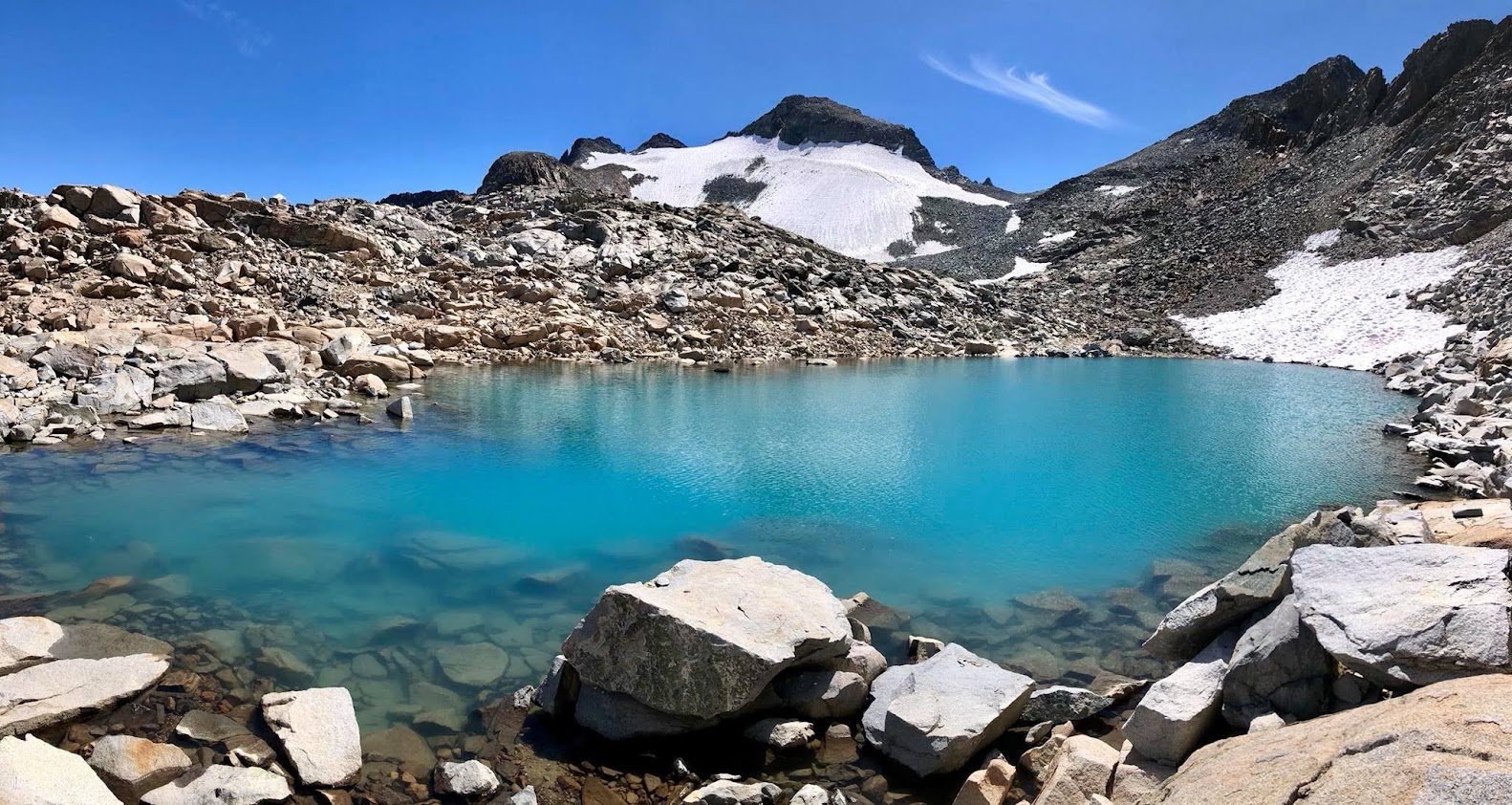