This is the second in a series of three winter routes in Yosemite National Park (for the first, see Mount Watkins Winter). Glacier Point is one of the great viewpoints in Yosemite and it’s even better in winter for a couple reasons. First (and foremost), peace and solitude can be found. There’s no tourist buses and no tourists. If you’re doing Glacier Point in a day, the folks who spend the night at the hut are on their way back or yet to arrive so there’s a good chance you have the vista all to yourself. Second, a snow-capped Half Dome and surrounding high country seems to add another layer the dramatic vista. It’s been since 2013 since I was at Glacier Point in the winter. That time it was a cross country ski and very cold after a big storm cycle so the winter wonderland was in full effect. Unfortunately the spigot largely turned off the second half of that winter as the multi-year drought commenced.  This year the snows are back and California experienced a real winter so it was time to revisit Glacier Point. This time I would bring my snowshoes instead of skiing. It turns out the Glacier Point Road is groomed to the point that snowshoes are usually not necessary in the morning. However, I would make a side trip to Sentinel Dome and for that snowshoes are definitely required as the snow was deep and unconsolidated. Whether it’s worth carrying snowshoes for the short side trip Sentinel Dome is up for debate. If I bring snowshoes again I will likely add on another viewpoint like Taft Point to make better use of the gear. Otherwise, an out-and-back to Glacier Point is largely doable as a run on the hard packed groomed surface with possibly some slip on traction device on the shoes and possibly some hiking instead of running in the afternoon if the snow becomes soft. Compared to the very cold weather four years ago this time it was comparatively balmy so there was no snow on the vegetation but several more feet of snow at Glacier Point and the high country reflecting the big snow pack this year, especially at 7,000 feet and above. 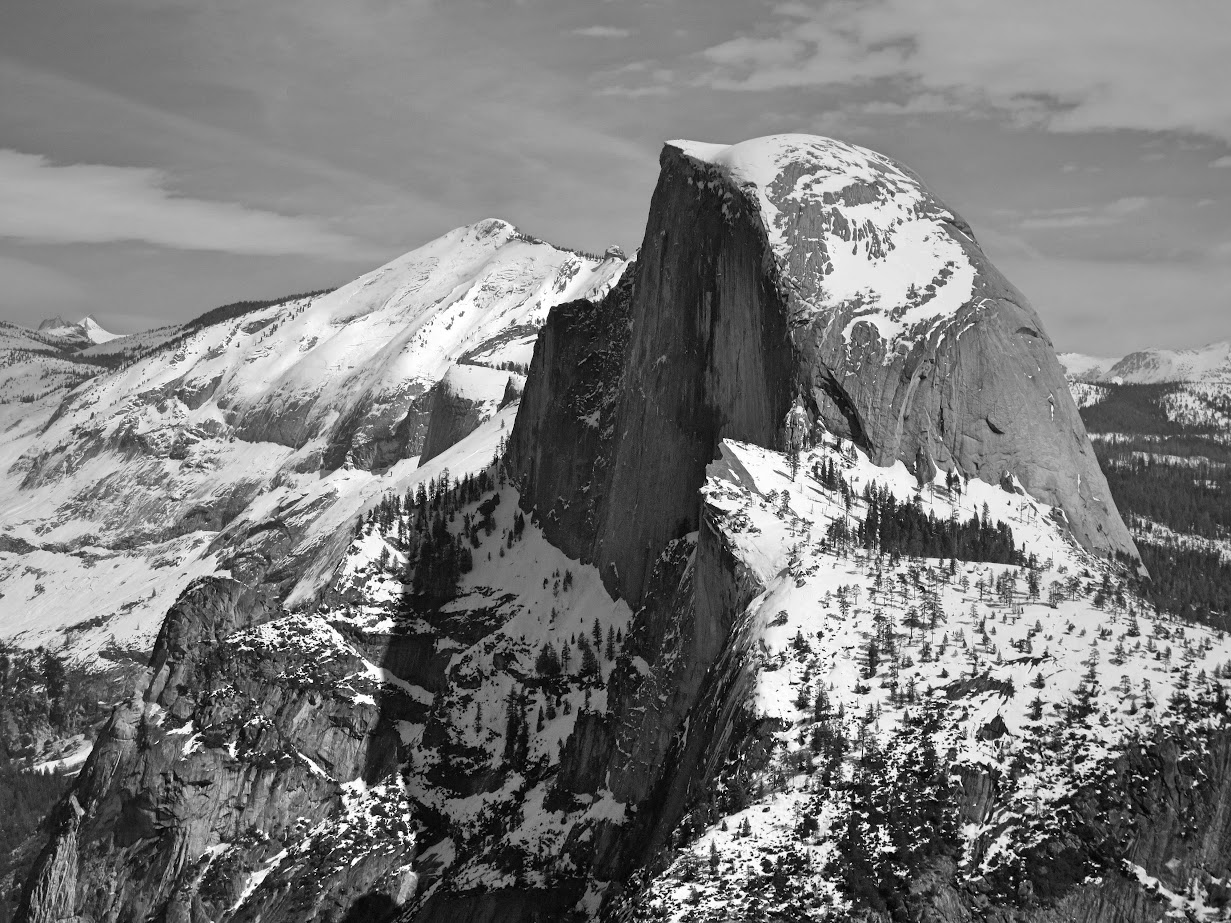 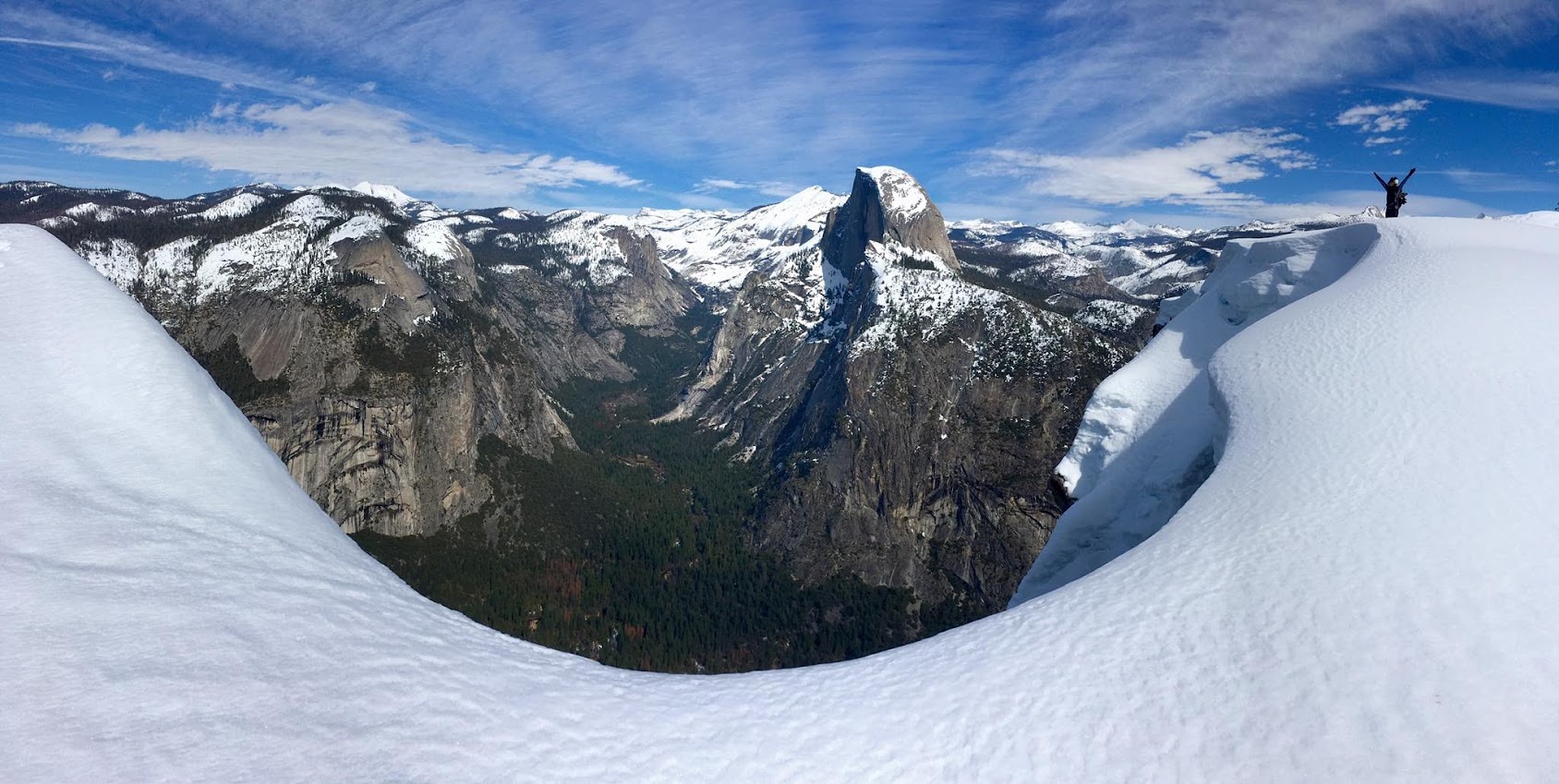 From Badger Pass to Glacier Point is a straightforward 11 mile each way or 22 miles round trip. As would be expected, the road is graded very well with relatively gradual ascents and descents. There’s a short climb at the beginning before a couple miles of gradual descent to Bridalveil Creek. This descent is not noticeable on the way out but more noticeable on the way back when it’s uphill. There’s a rolling section around Bridalveil Creek before a consistent (but gradual) climb begins after the turnoff to Horizon Ridge at mile 4.5. This climb continues for around 3 miles. There’s some more rolling on the ridge before the road begins it’s descent to Glaicer Point at around mile 9. Washburn Point is reached just after mile 10 and Glacier Point at mile 11. If Glacier Point is the destination, I’d definitely plan on reaching it since there aren’t many views along the way – the reward is at the turnaround point. The Clark Range view is at mile 6.25 but it pales in comparison to the views at Washburn Point and Glacier Point. The road largely spends it time traversing through a montane forest, which is very beautiful after a fresh snow but does not offer many views. The destination at Glacier Point is easily the highlight and it’s worth every bit of the effort. 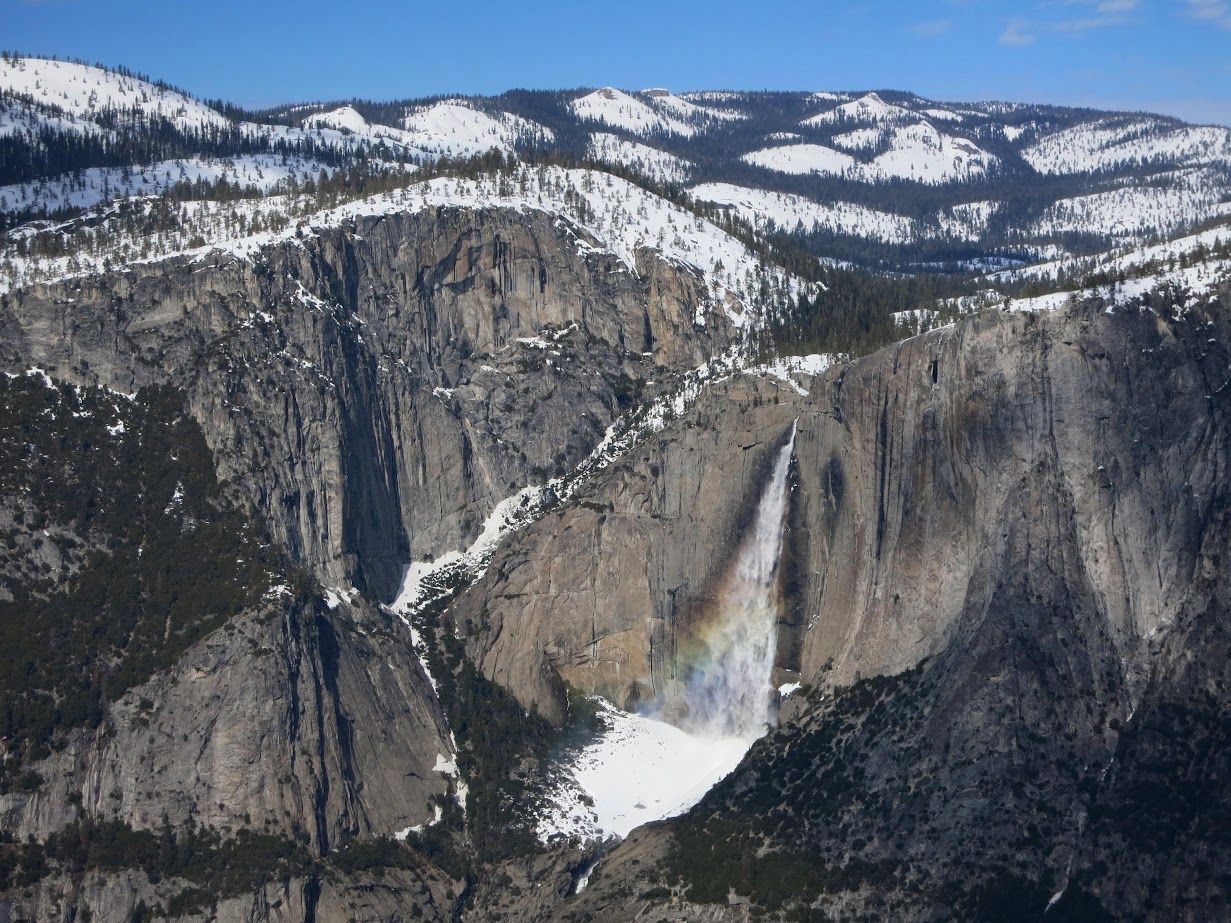 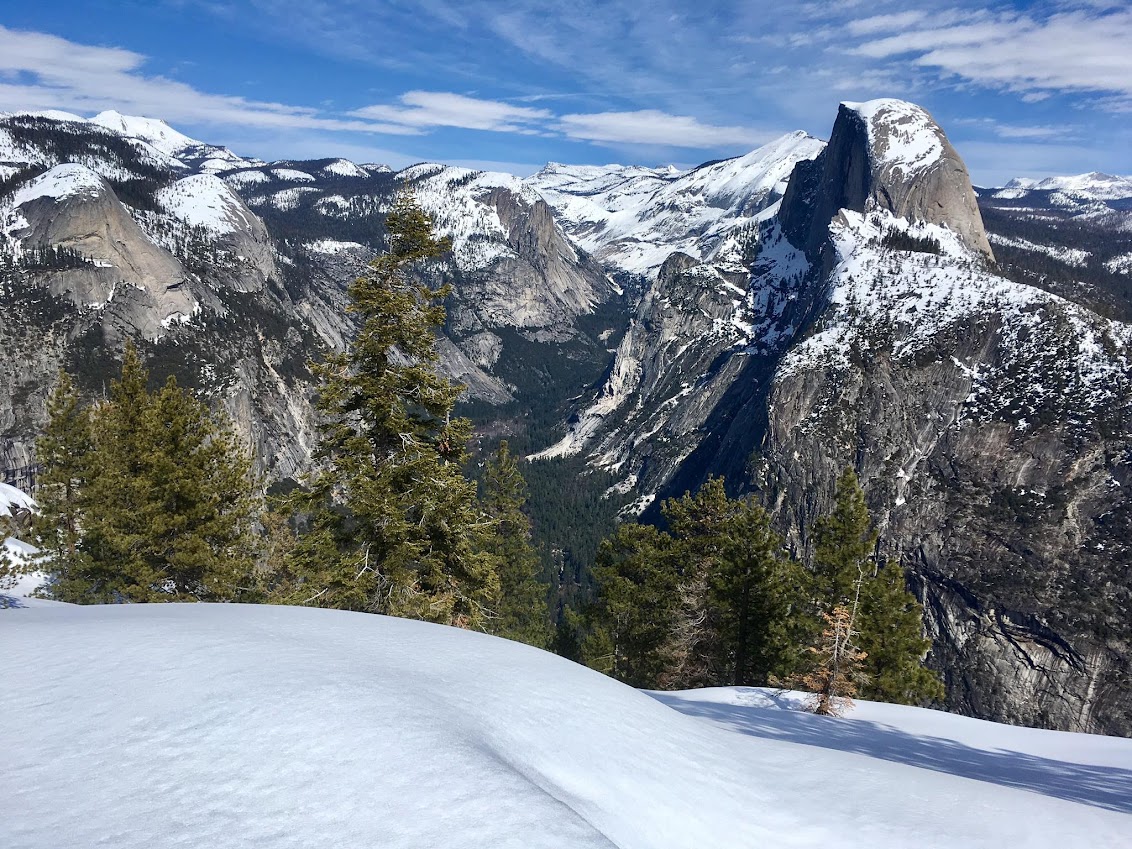 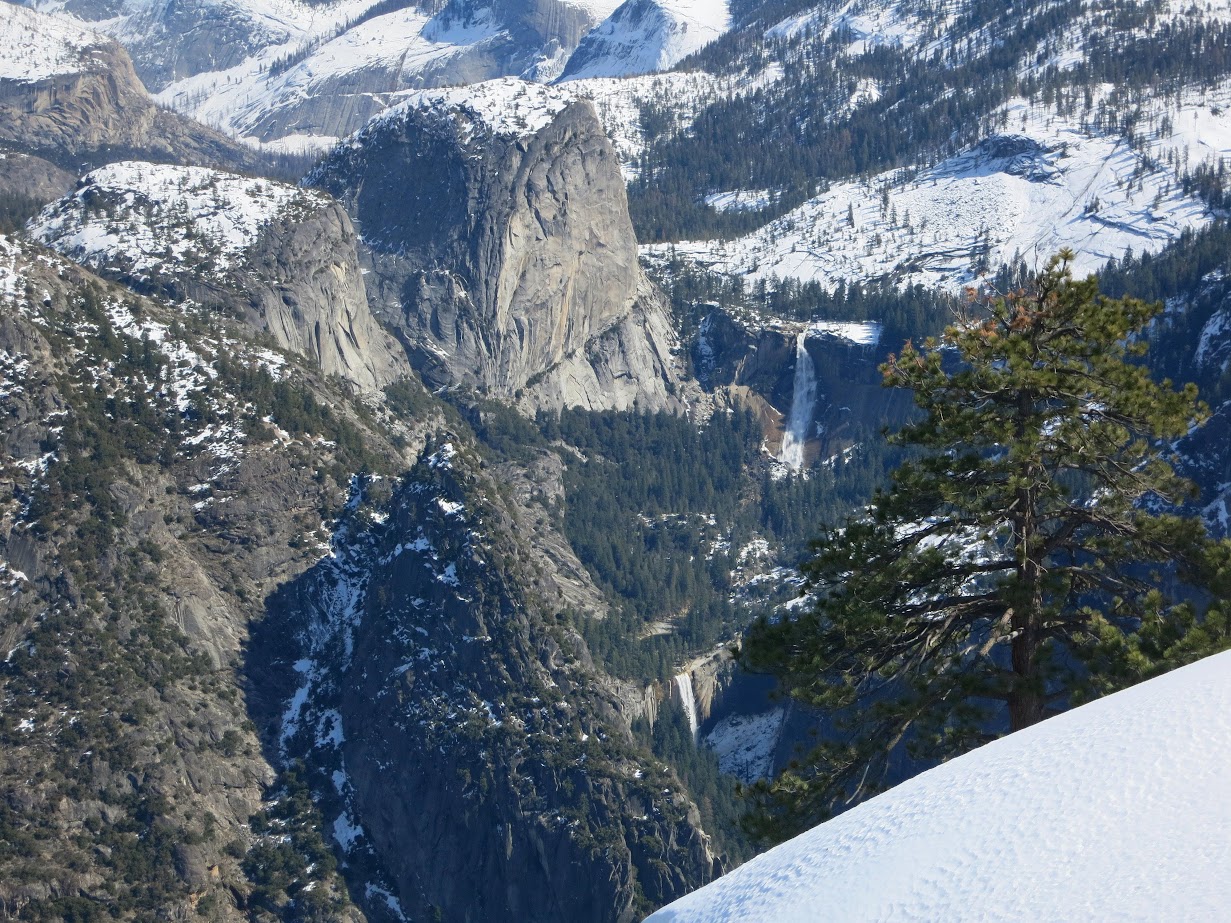 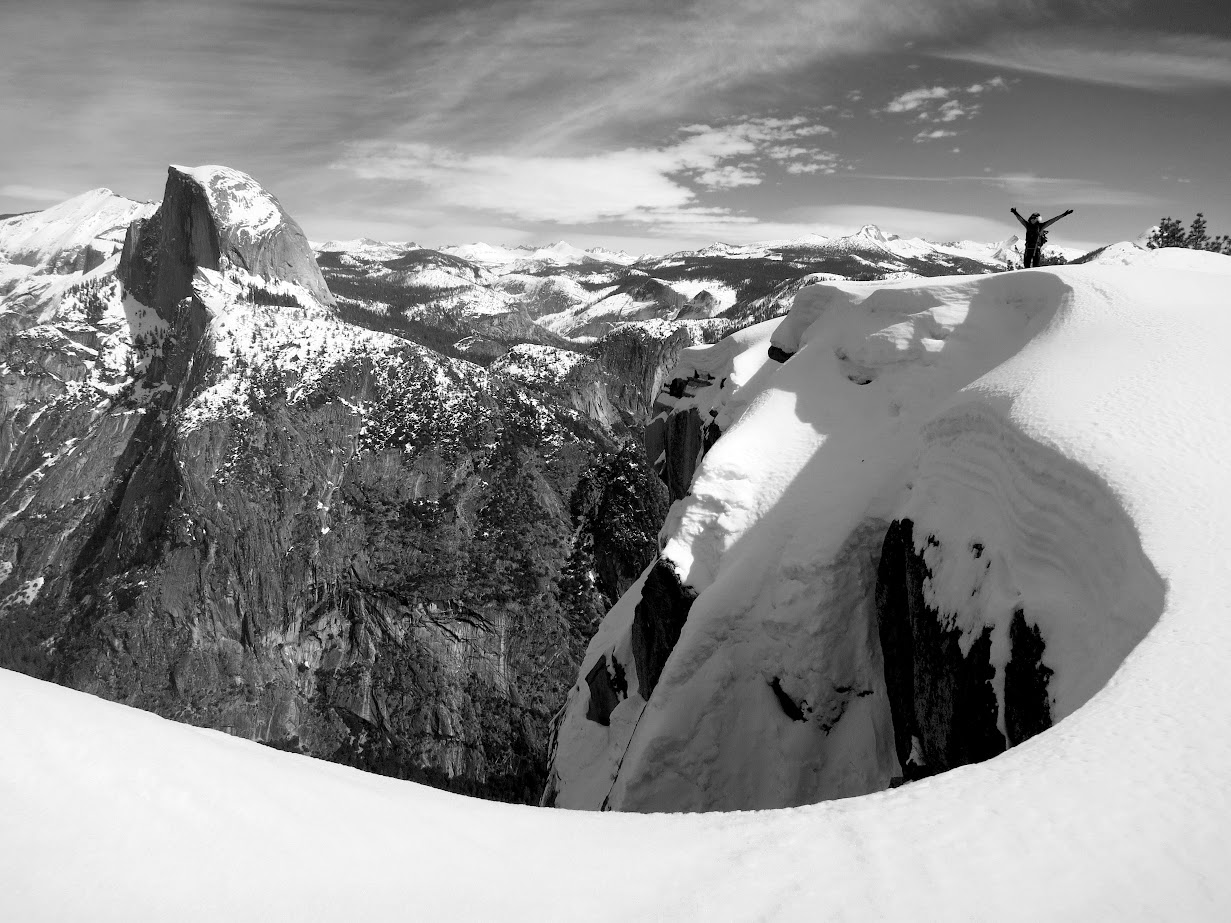 For Sentinel Dome snowshoes are almost always required in the winter. It’s under a mile roundtrip from the road to the dome and back. Sentinel Dome offers a spectacular 360 degree view and a higher perspective on Half Dome across the Valley. I personally think the view from Glacier Point is more dramatic to Half Dome but Sentinel Dome is definitely worth the side trip if you’ve brought snowshoes and includes a wider vista taking in the Clark Range and El Capitan. If I bring snowshoes next time I will also include a visit to Taft Point, but it looks like this point is rarely visited so deep snow and potentially slow going with trail breaking seems like it would be encountered. Overall, the vast majority of visitors go to Dewey Point which is only 4 miles from Badger Pass (8 miles round trip). Dewey is a fantastic vista, particularly for El Capitan, but for Tenaya Canyon and Half Dome Glacier Point takes the win. 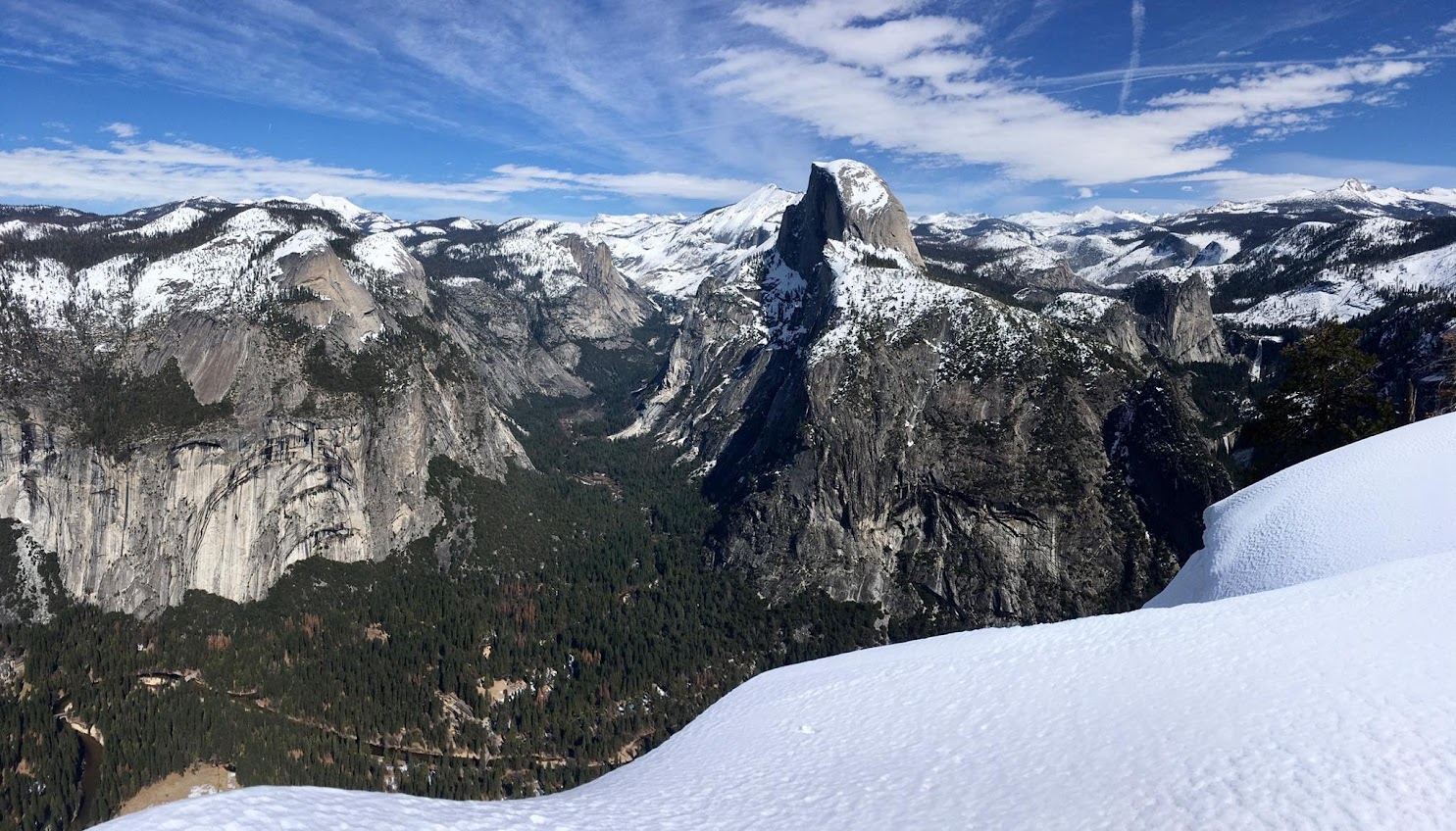 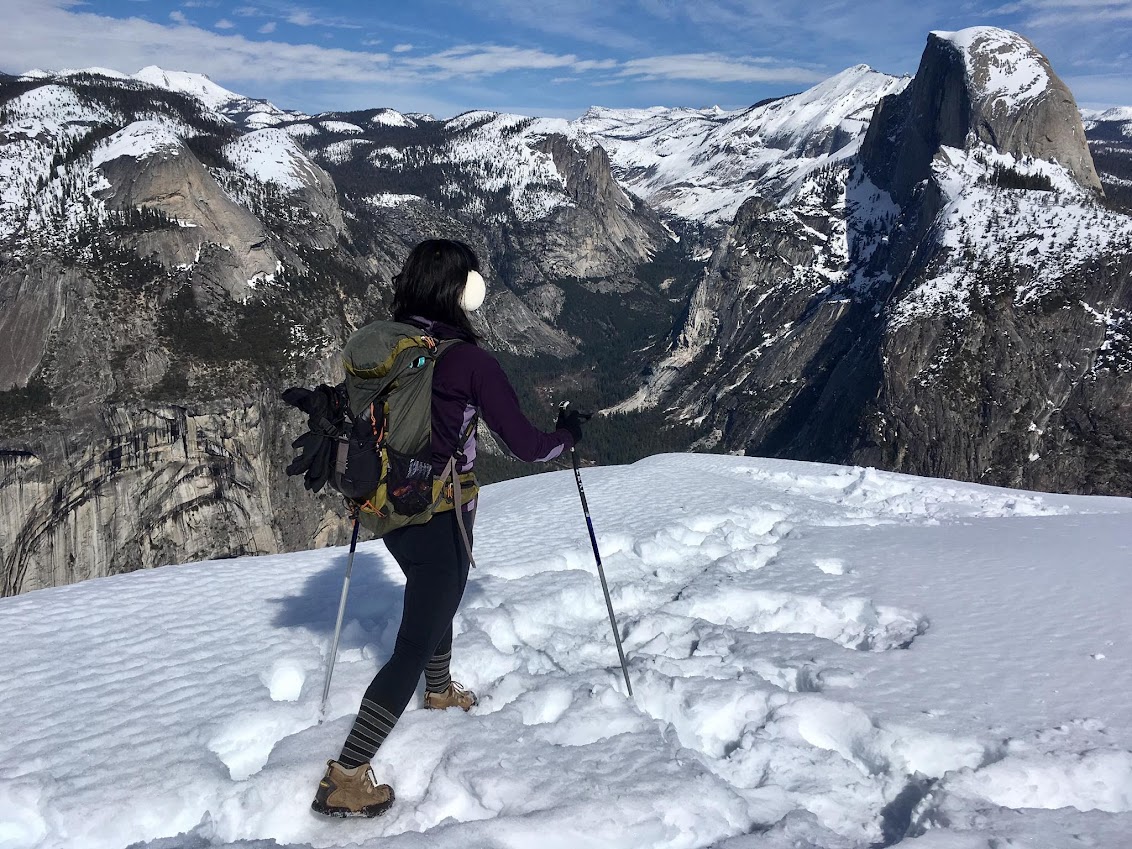 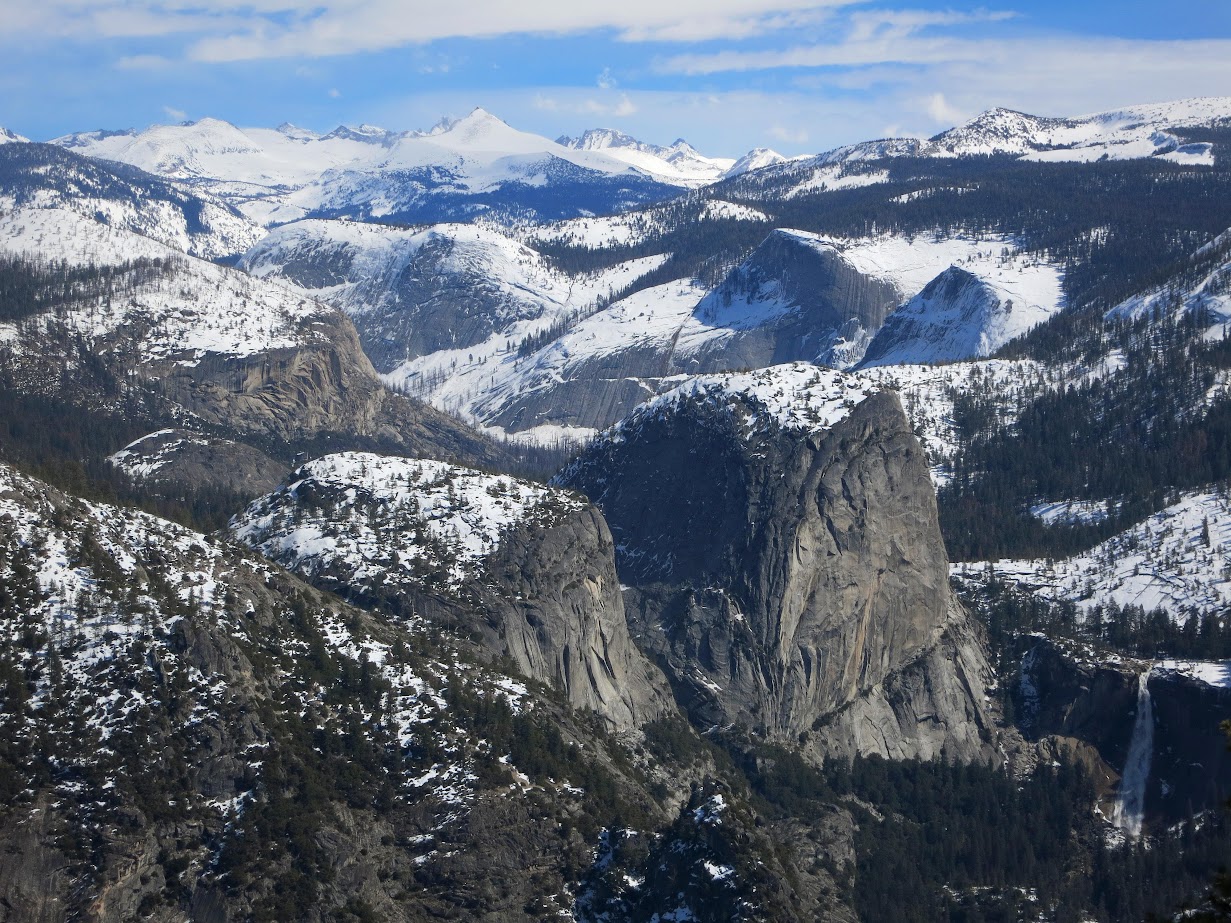 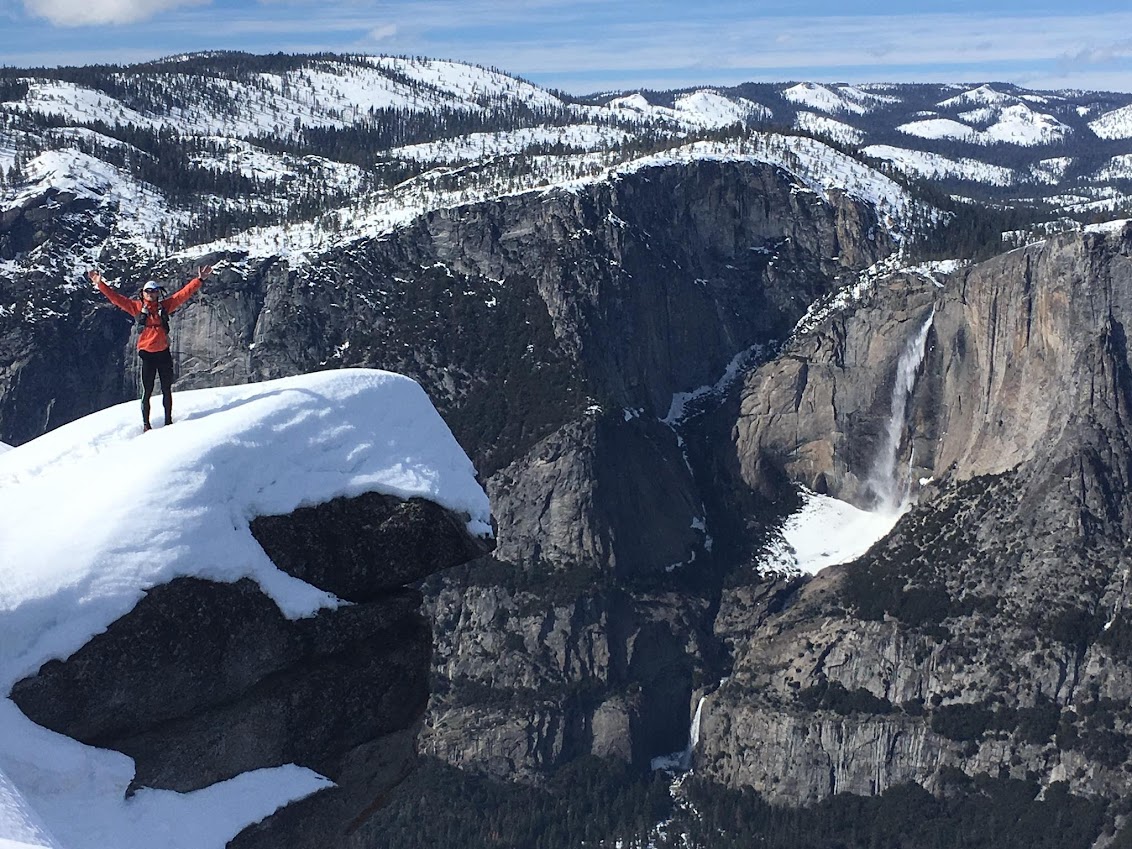 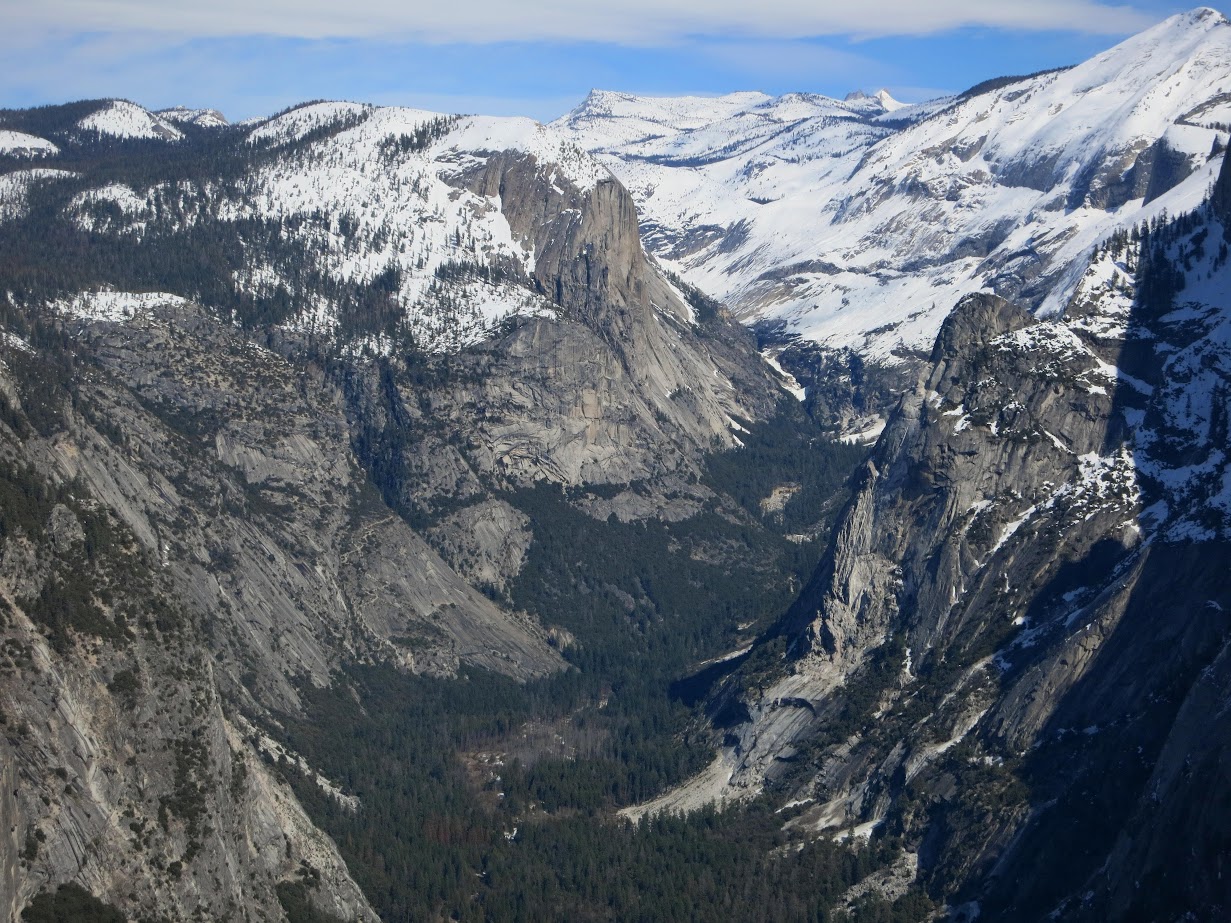 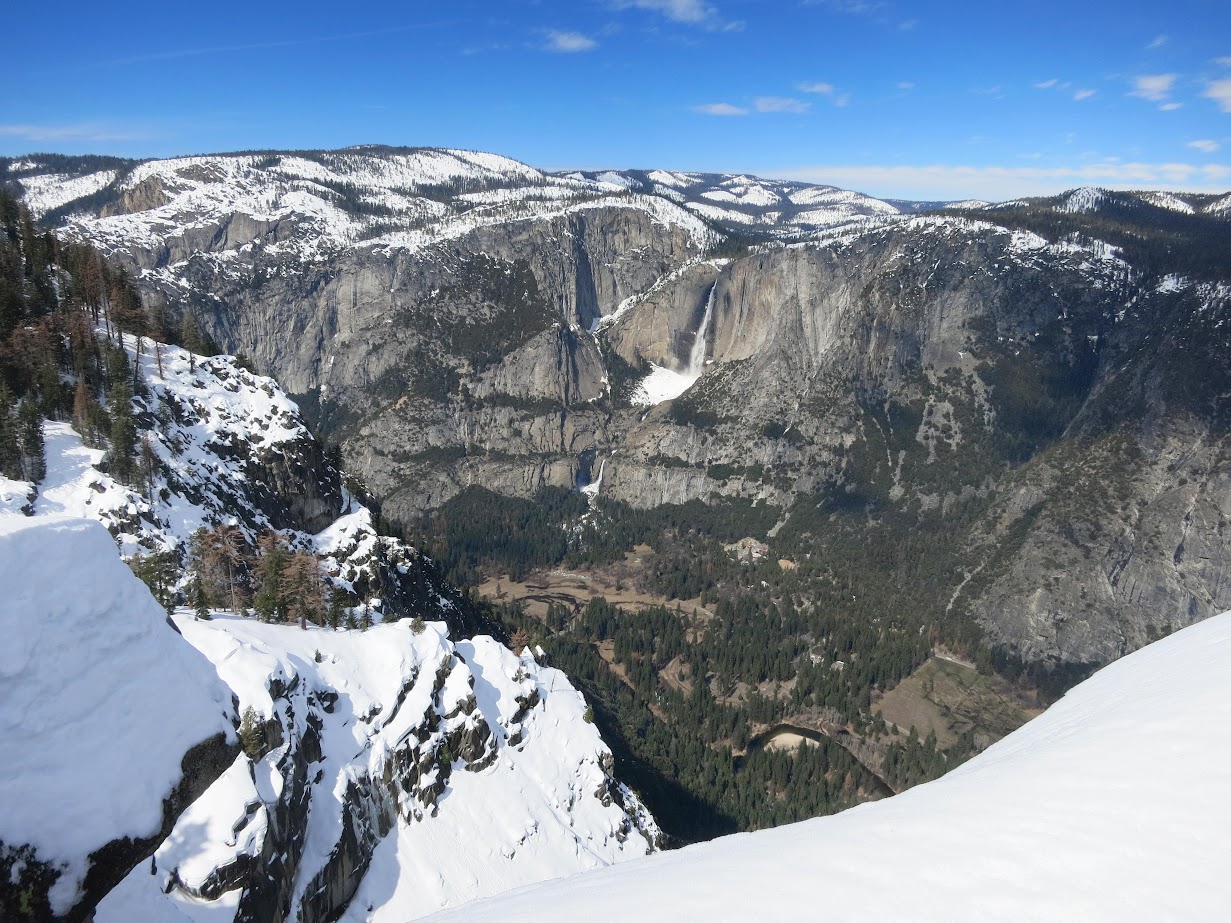 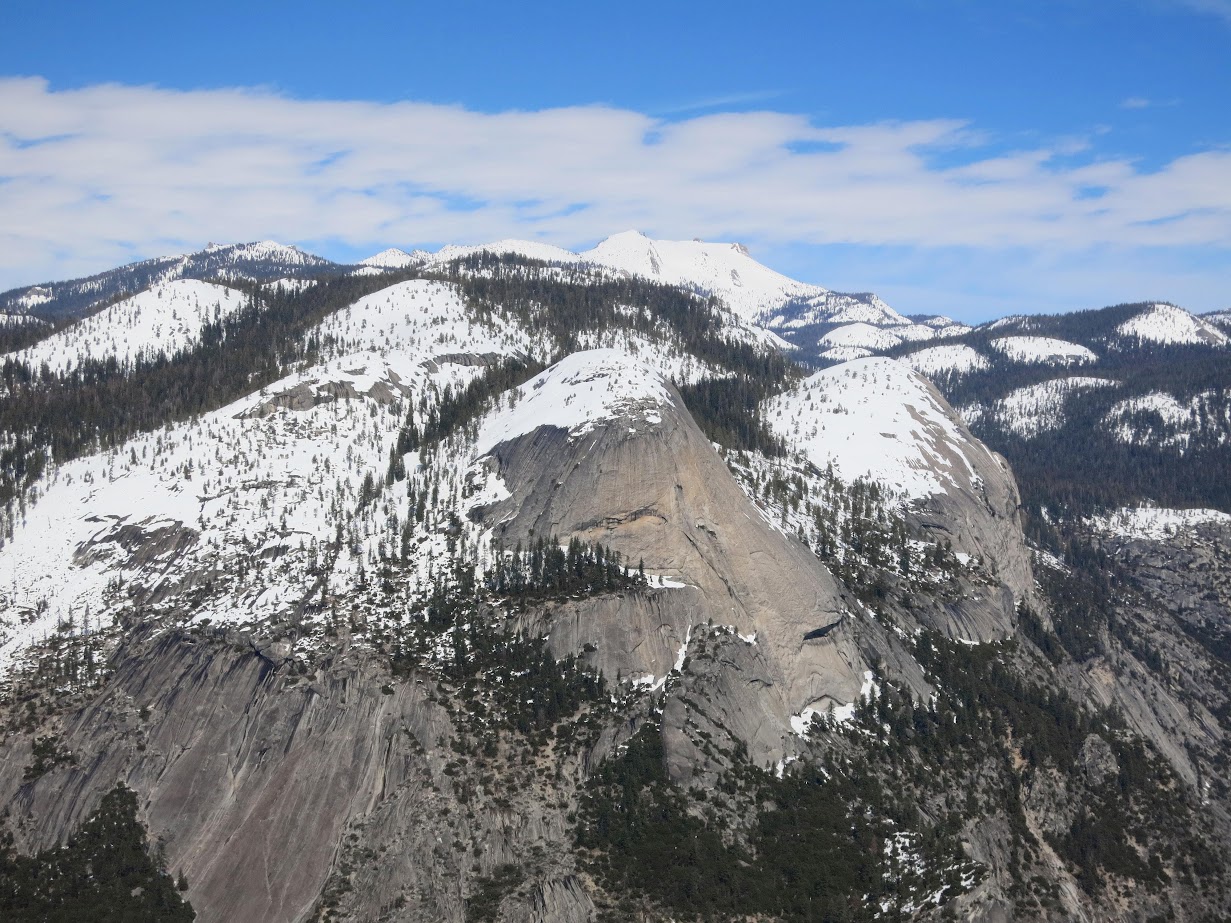 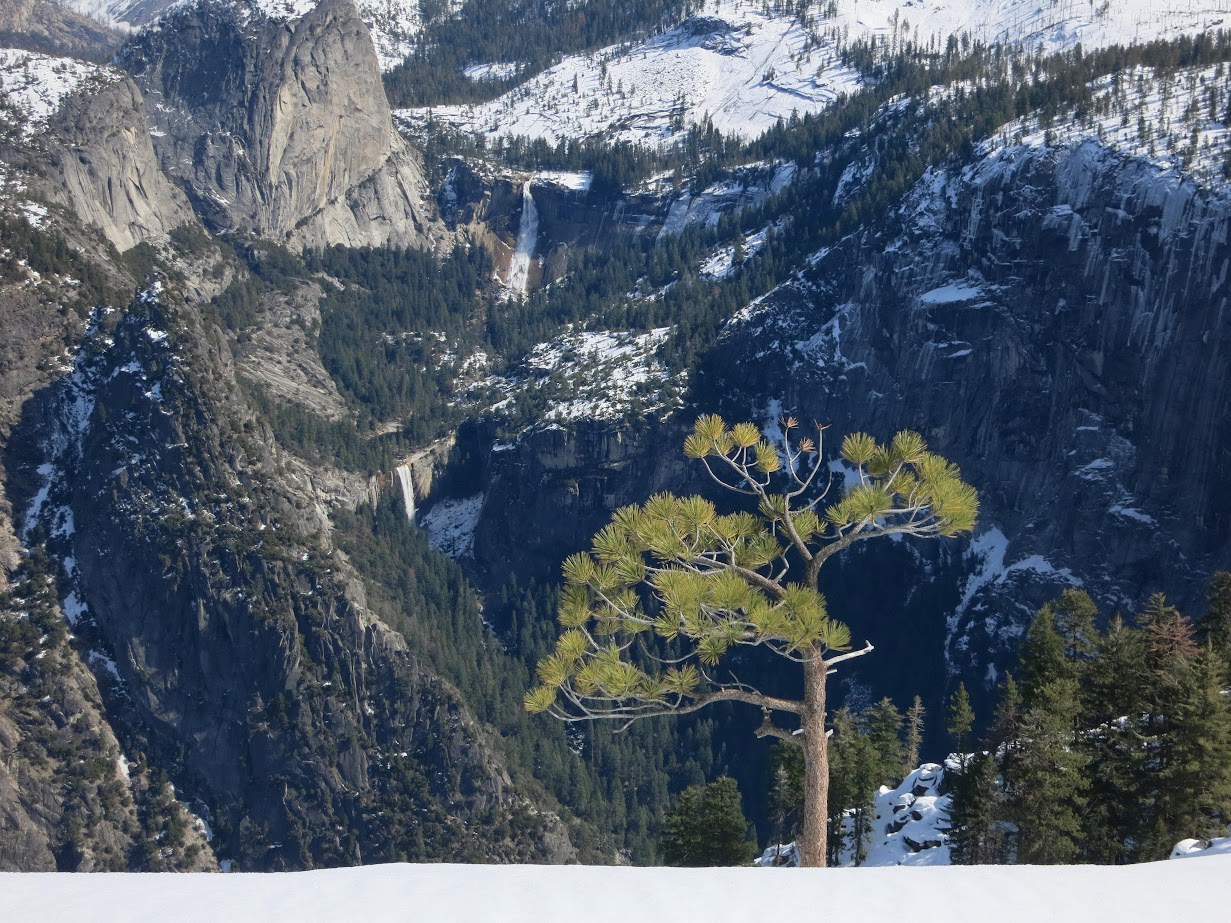 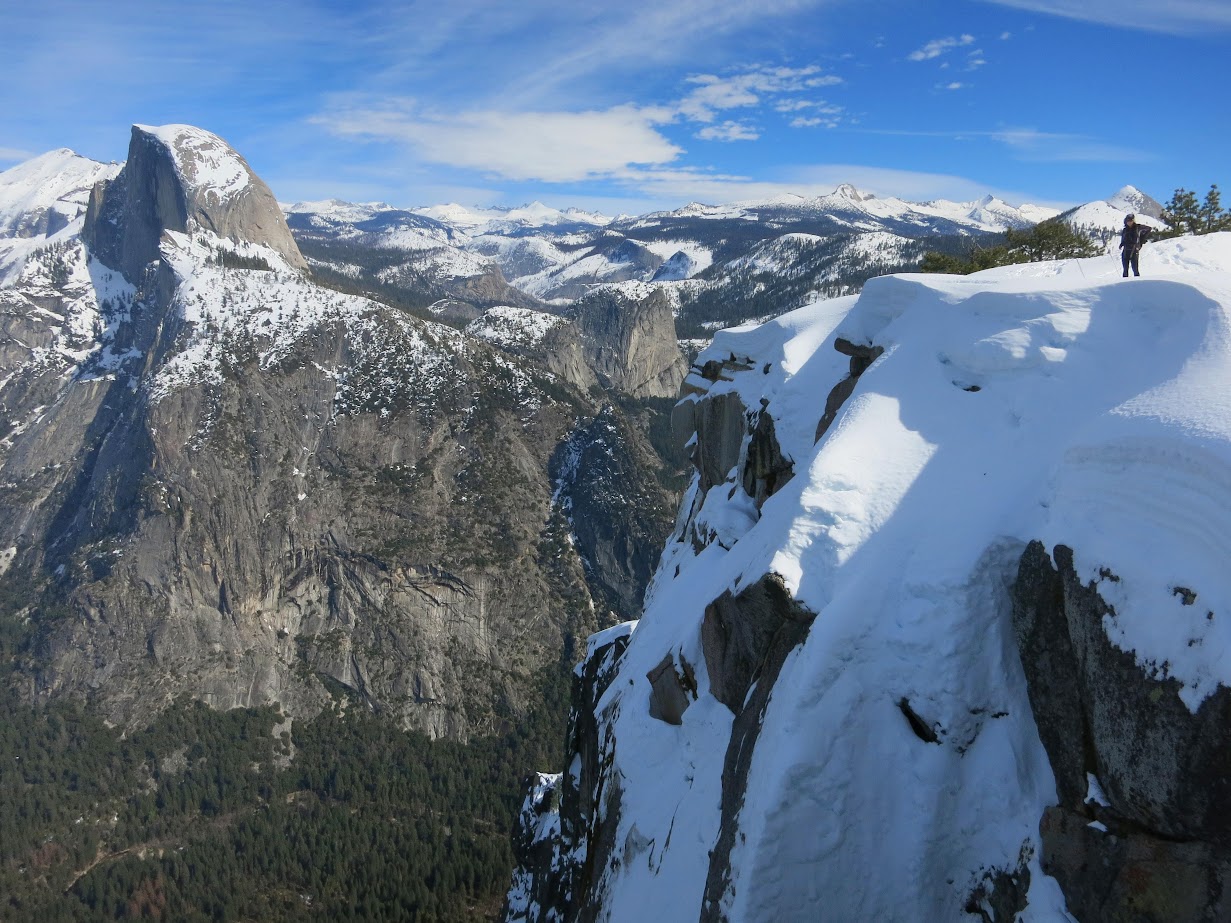 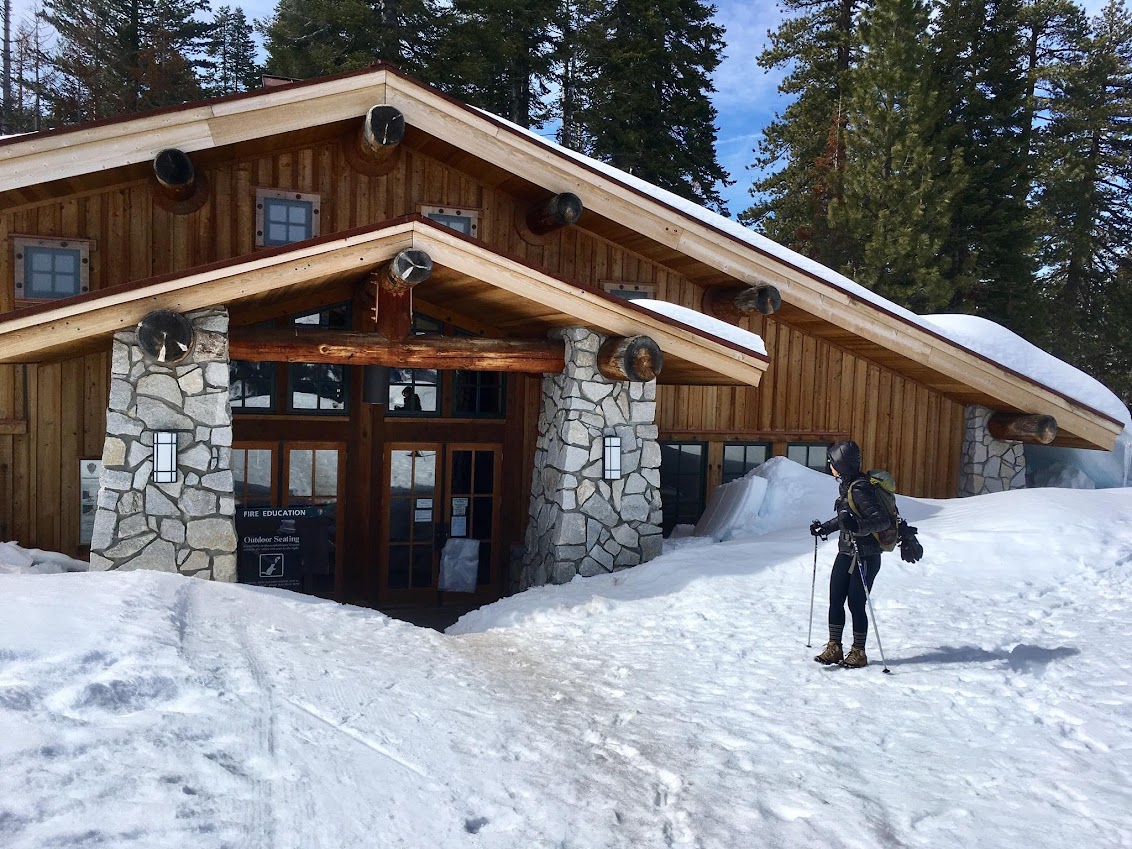 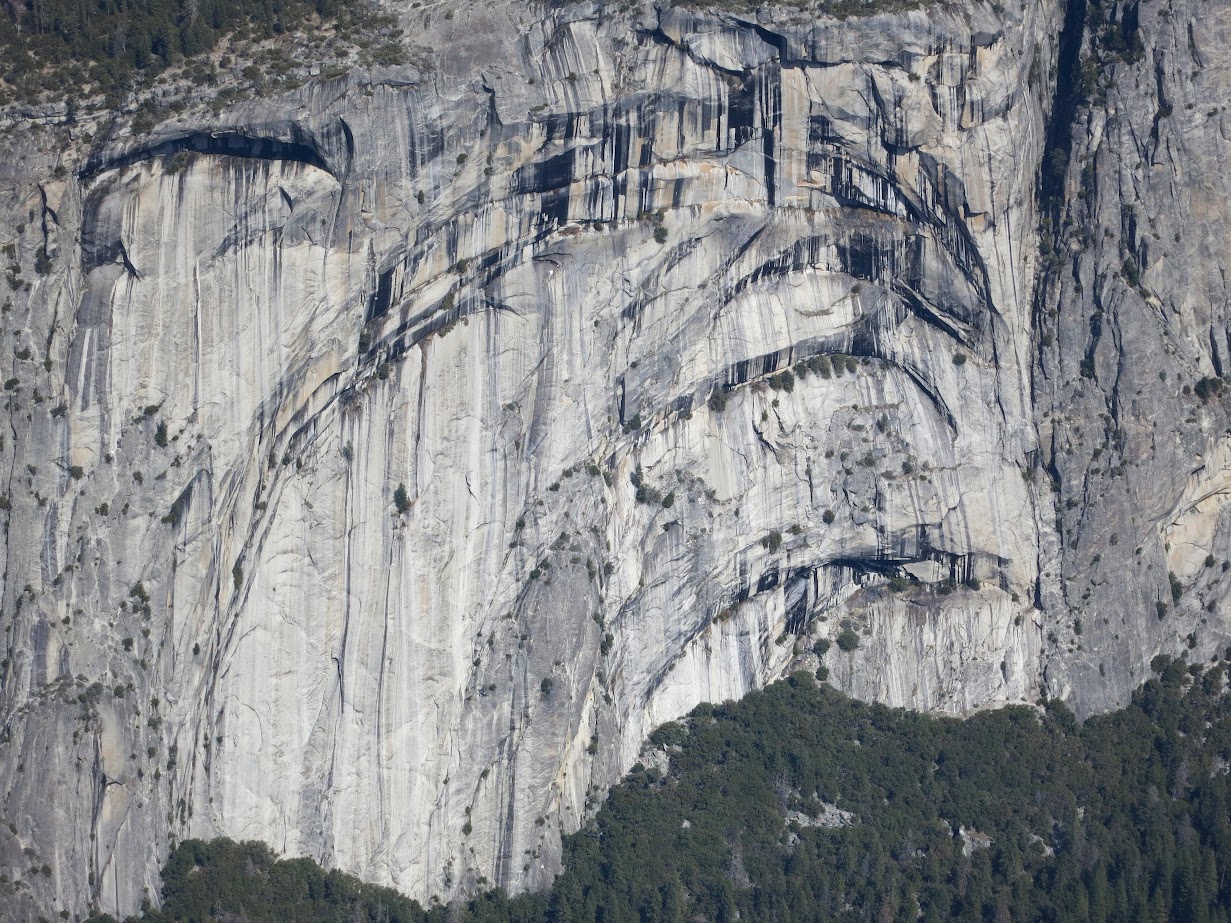 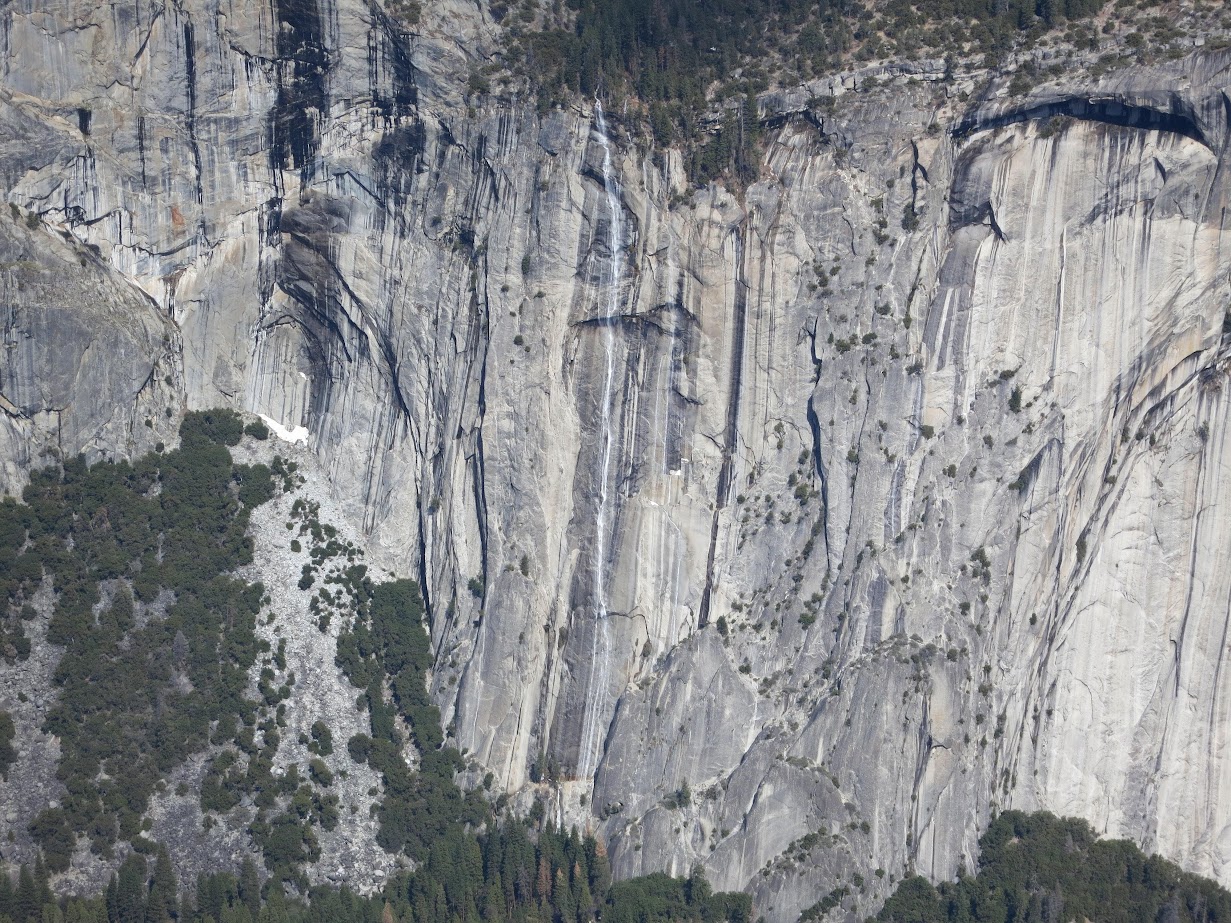 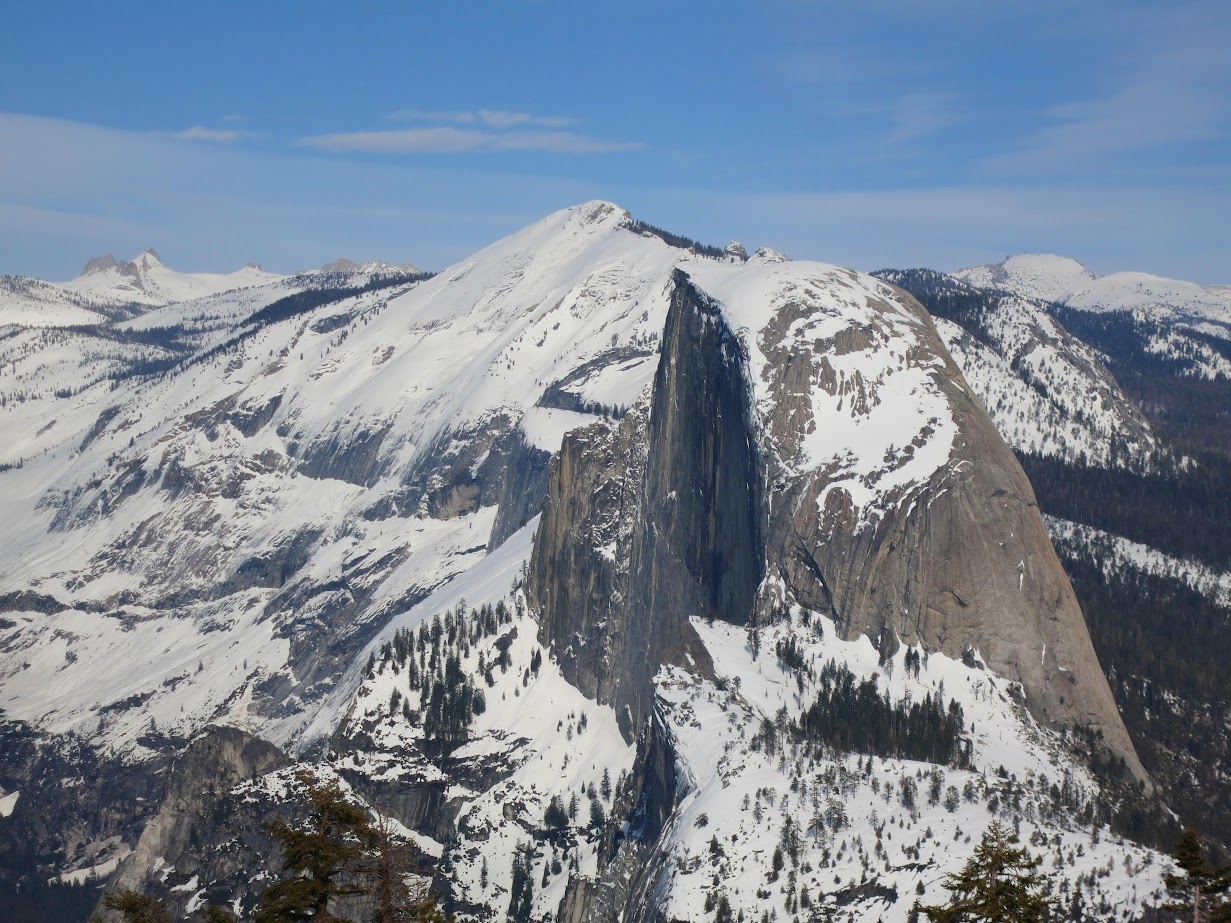 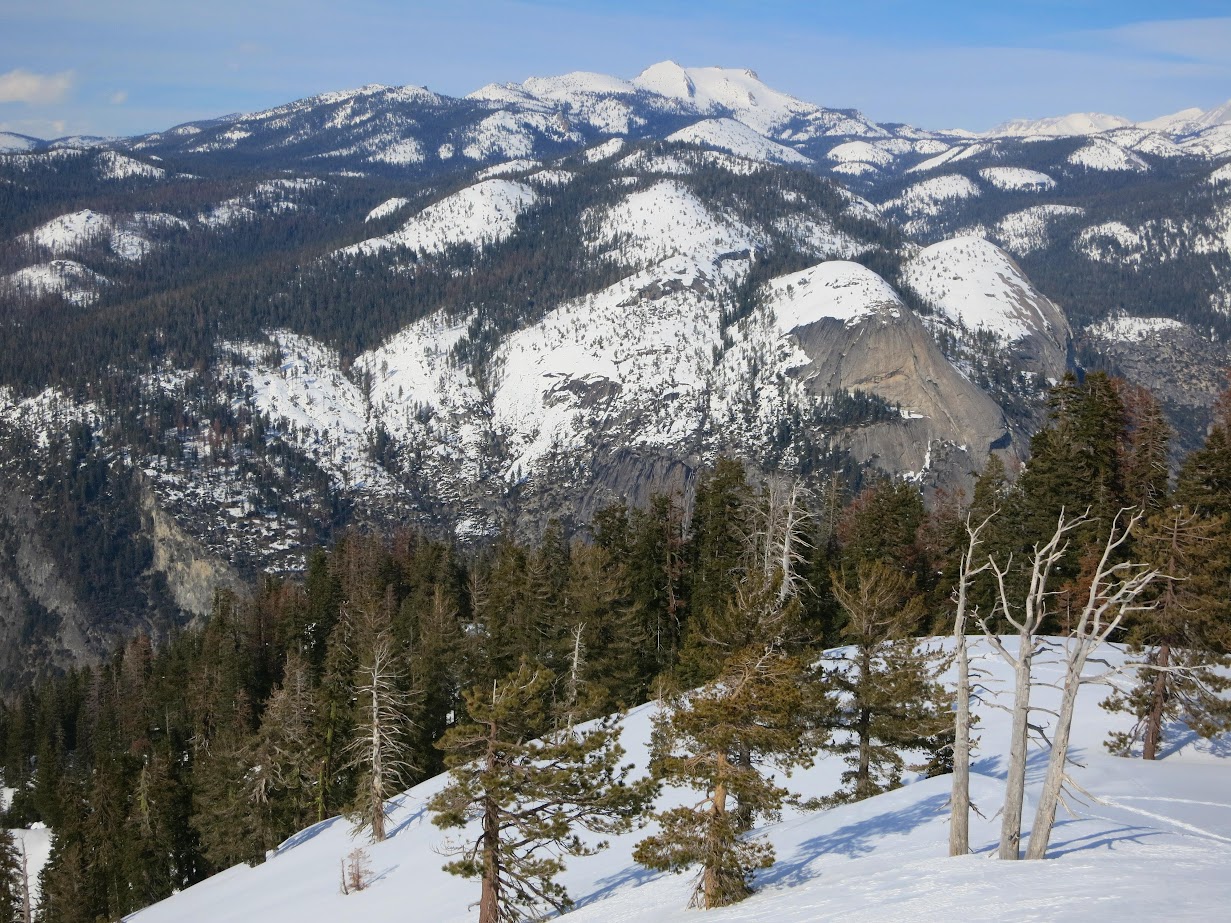 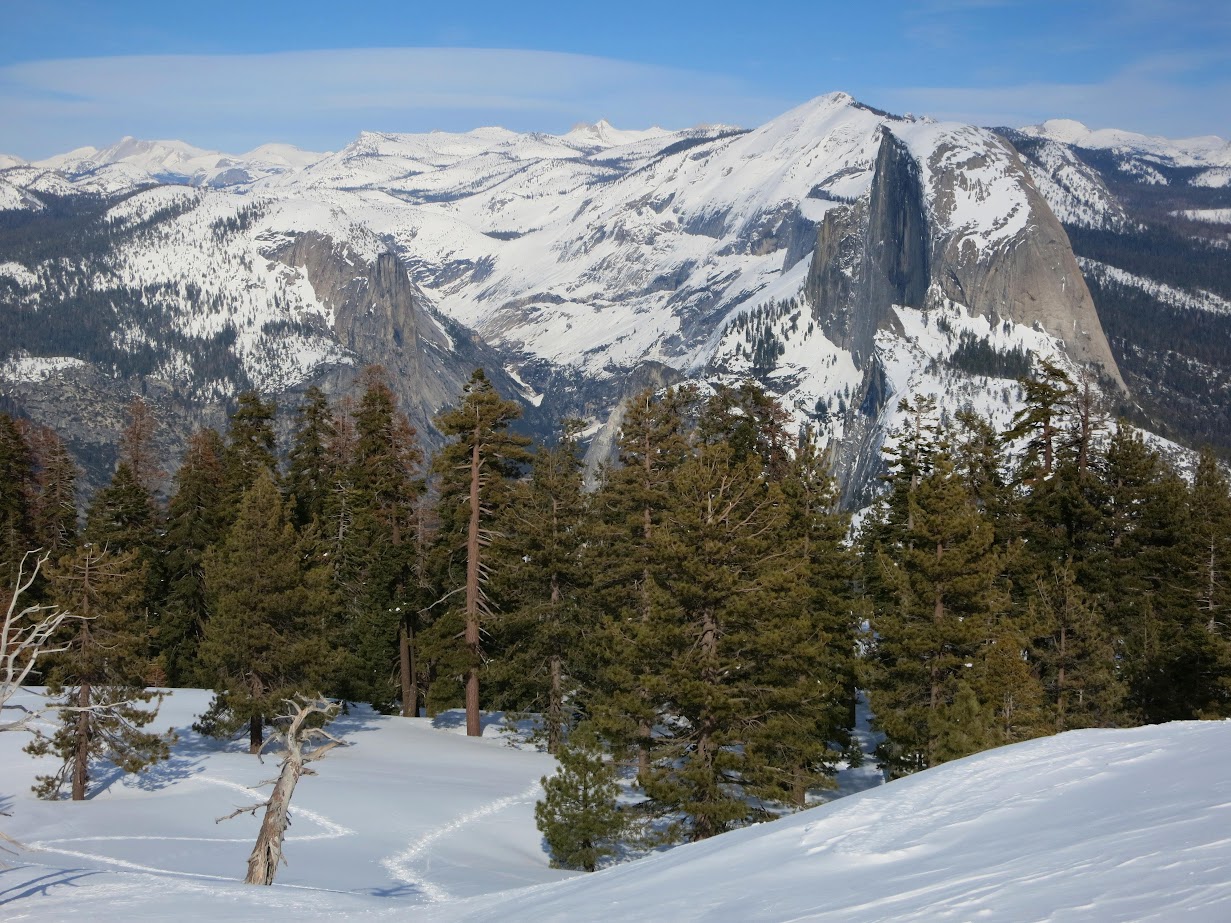 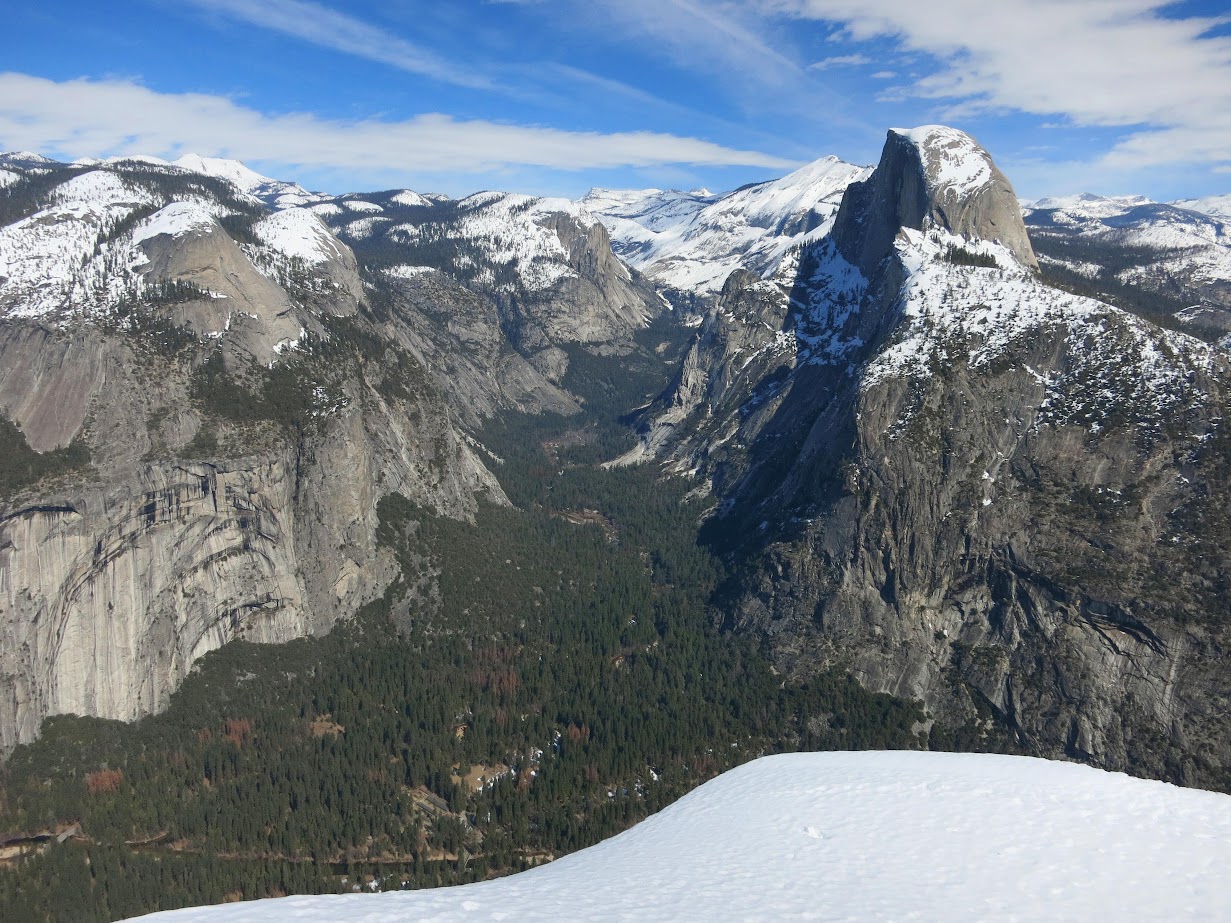