I’ll admit it: I’m enamored with the majestic Santa Lucia Fir, Abies bracteata. The species is the rarest fir on the earth and can only be found on the rocky peaks or canyon bottoms in the Santa Lucia mountain range. Even within the mountain range it’s not a common tree and is limited to around two dozen groves sprinkled throughout the mountains. It’s a proud tree with a tall, narrow crown that is spire-like and sharply pointed, reminiscent of the subalpine fir in the mountainous regions of the Pacific Northwest but much larger, taller (up to 100 ft) and well adapted to survive in a region where severe drought, heavy winter rains, and fire are a regular occurrence. 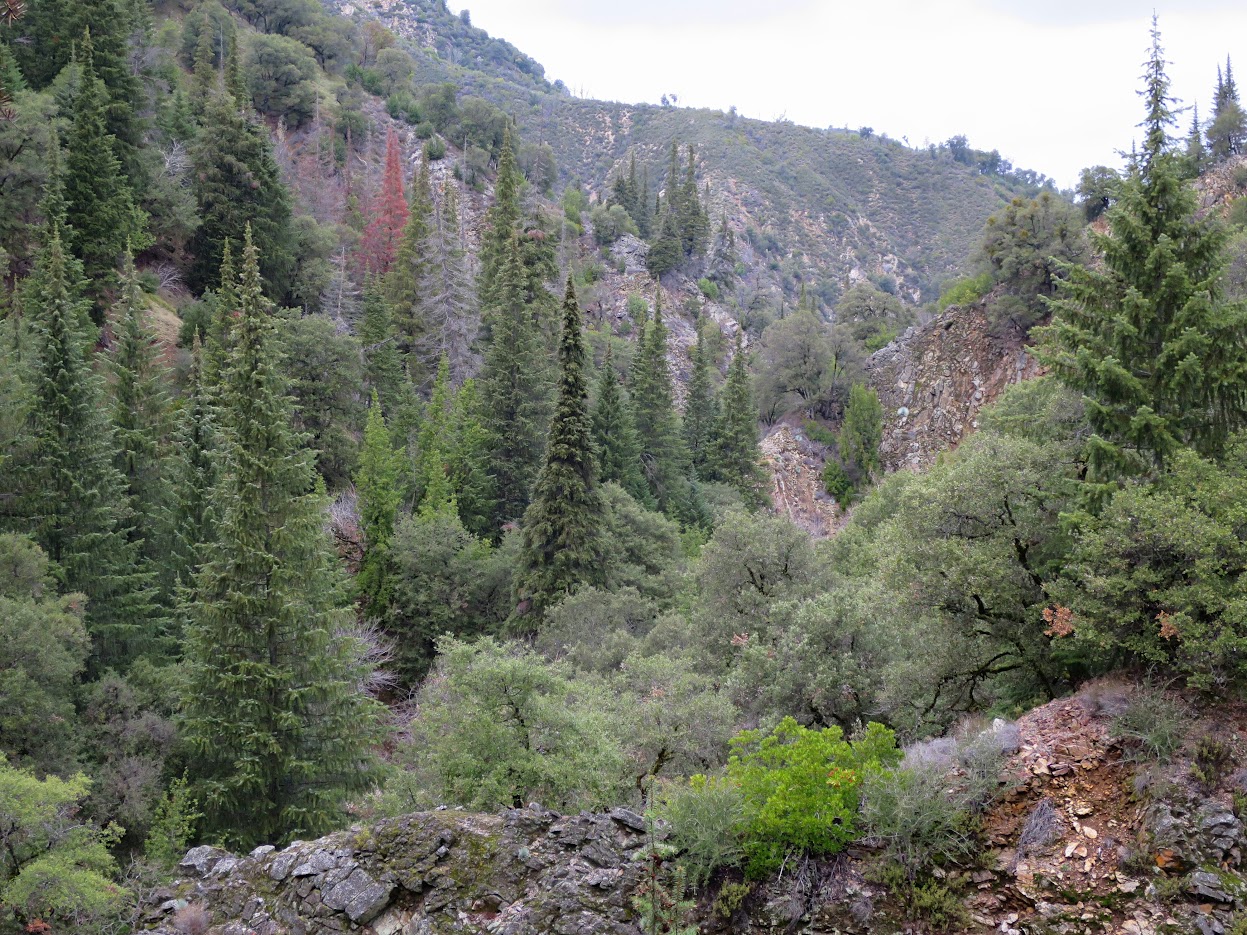 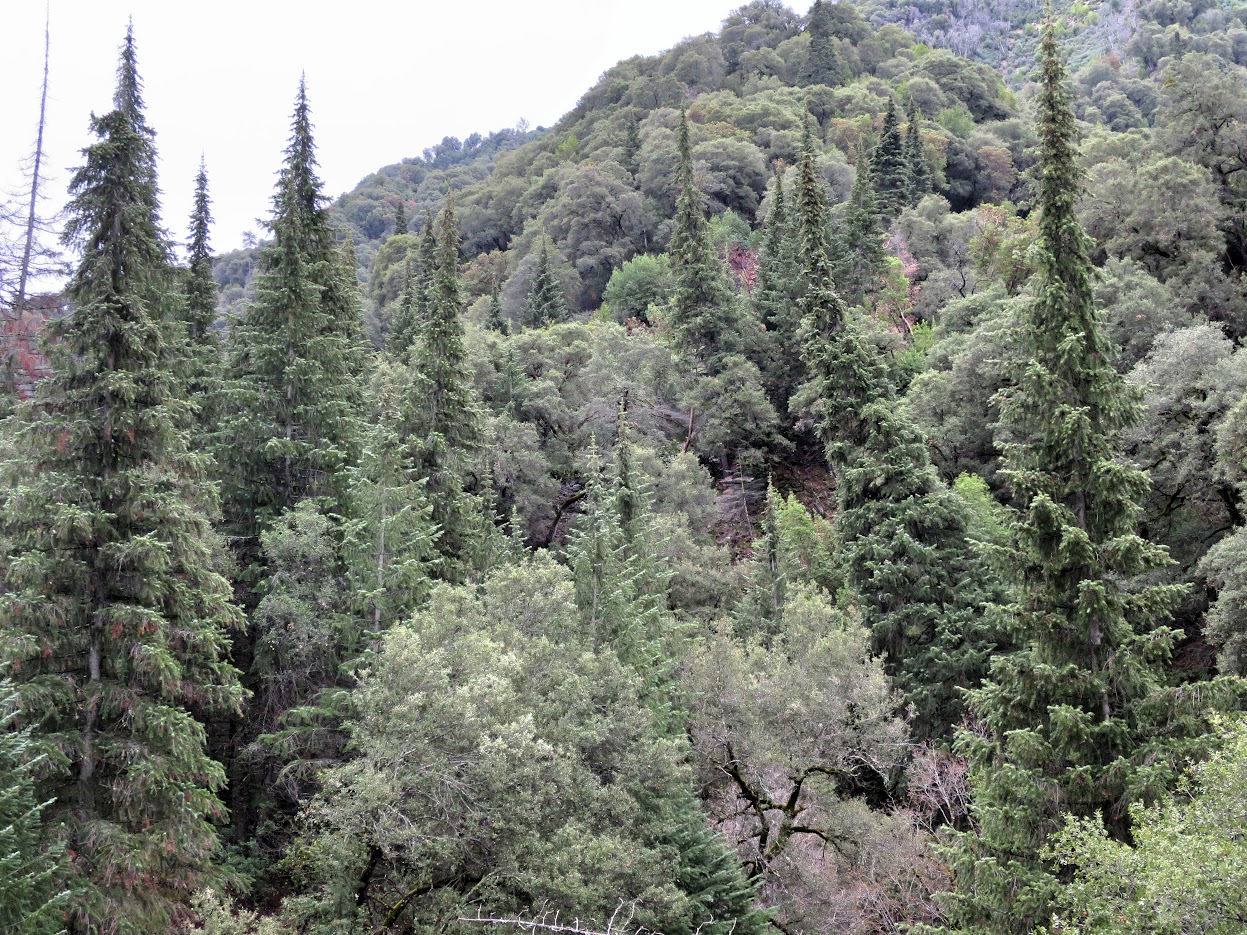 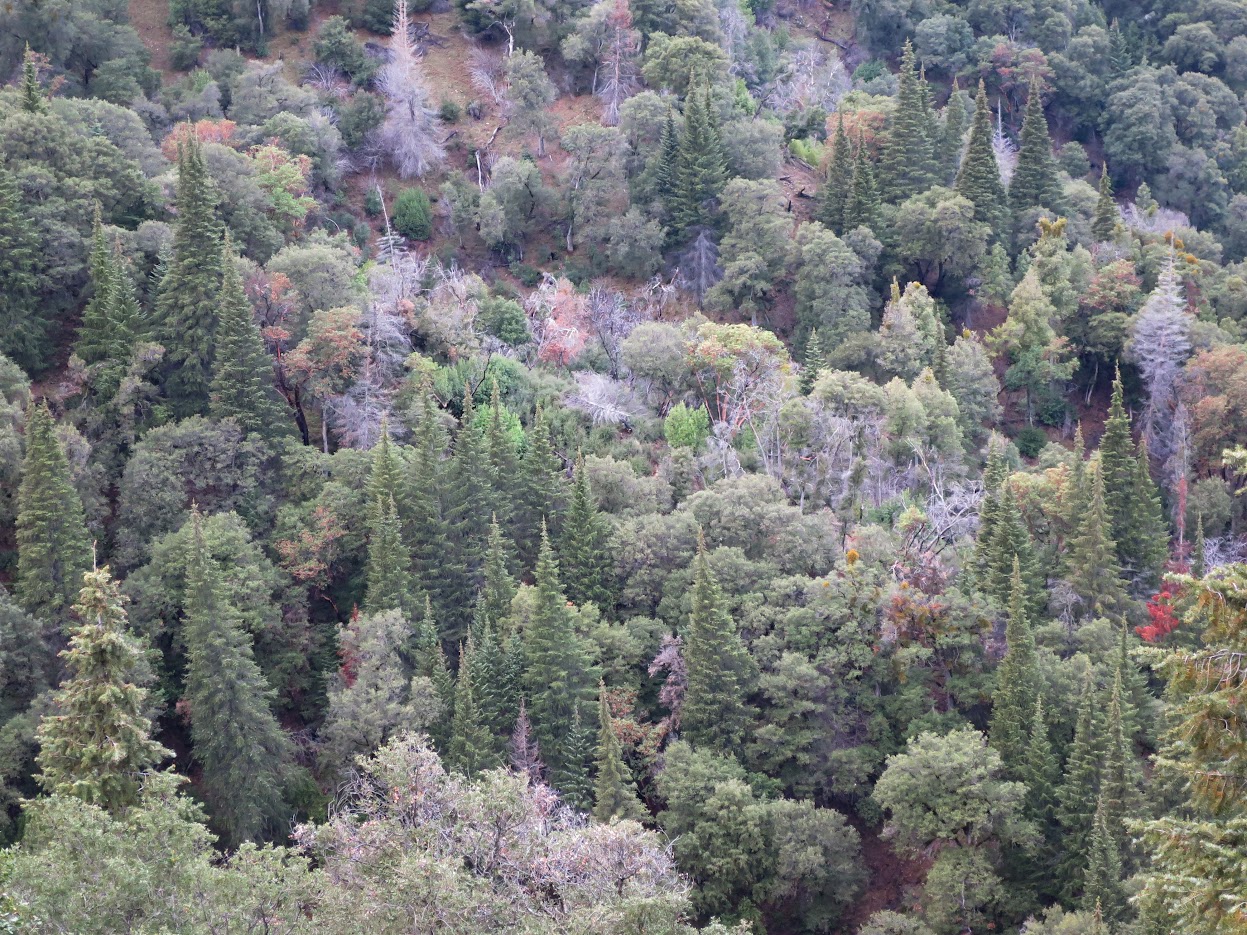 One of the first things noticed when standing by a Santa Lucia Fir is its persistent lower branches which help to give the fir its beautiful conical shape. Moving closer to a branch, one must be careful not to touch the needles carelessly since they are unusually large (2 inches) and sharp-tipped. In fact, the tips are so sharp they can pierce the skin. The Santa Lucia Fir groves have a diverse set of neighboring trees and each grove seems to have different set of cohabitants making them even more unique and special. For instance, groves in the Big Sur River drainage often grow among redwoods while the groves on Cone Peak share the rocky slopes with Sugar Pines and Coulter Pines. In a few locations the fir can be found alongside incense cedars. In the Carmel River watershed, heritage oaks, sycamores and big leaf maples are common next to the firs and sometimes there are ponderosa pines. 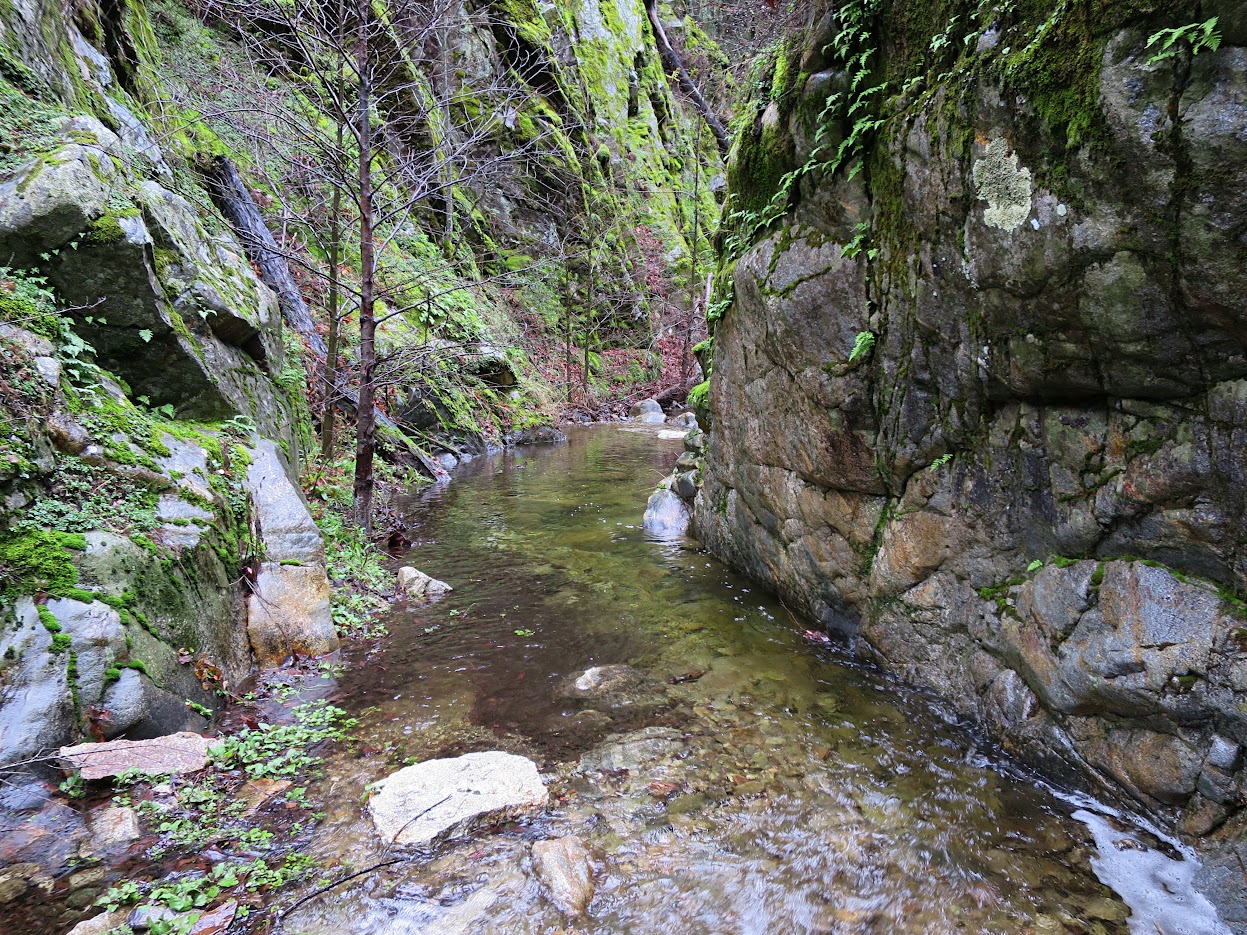 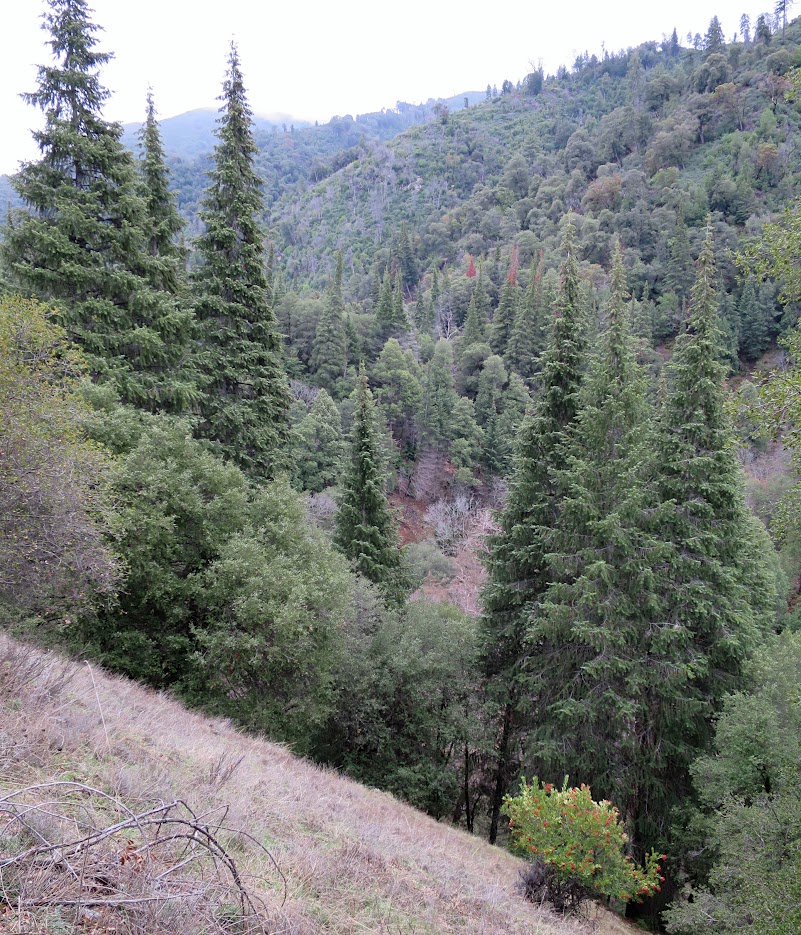 Over the course of my travels in the Ventana and Silver Peak Wilderness I’ve seen many of the existing groves, but an expansive grove tucked into a rugged canyon of the Miller Fork is perhaps the finest of all. It’s my understanding that a larger grove once covered the flanks of Ventana Double Cone, but many of the trees were taken out in the Basin Fire of 2008. While large portions of the Ventana Double Cone grove were untouched in the fire (the especially fire-proof spots), the surface area of the grove was substantially reduced. Meanwhile, it appears the Miller grove was largely untouched by the fire. This deep, rocky canyon provides ideal conditions for the trees to thrive with moisture, shade and protection from fires. The result is a fantastic display of elegant old growth Santa Lucias with density that is rivaled by few other places in the range. It came as no surprise that the rugged, deep canyon where the Santa Lucias Firs thrive contains a pretty gorge  where the canyon walls come in to the watercourse. This narrows feature is worthy of the trip in itself, but when combined with the old growth Santa Lucia Firs soaring above the canyon it makes for a magical experience.  All photos are from Miller Canyon except photo 2 (Ventana Double Cone), photo 3 (Cone Peak) and photo 5 (Kandlbinder). Complete photo album here. 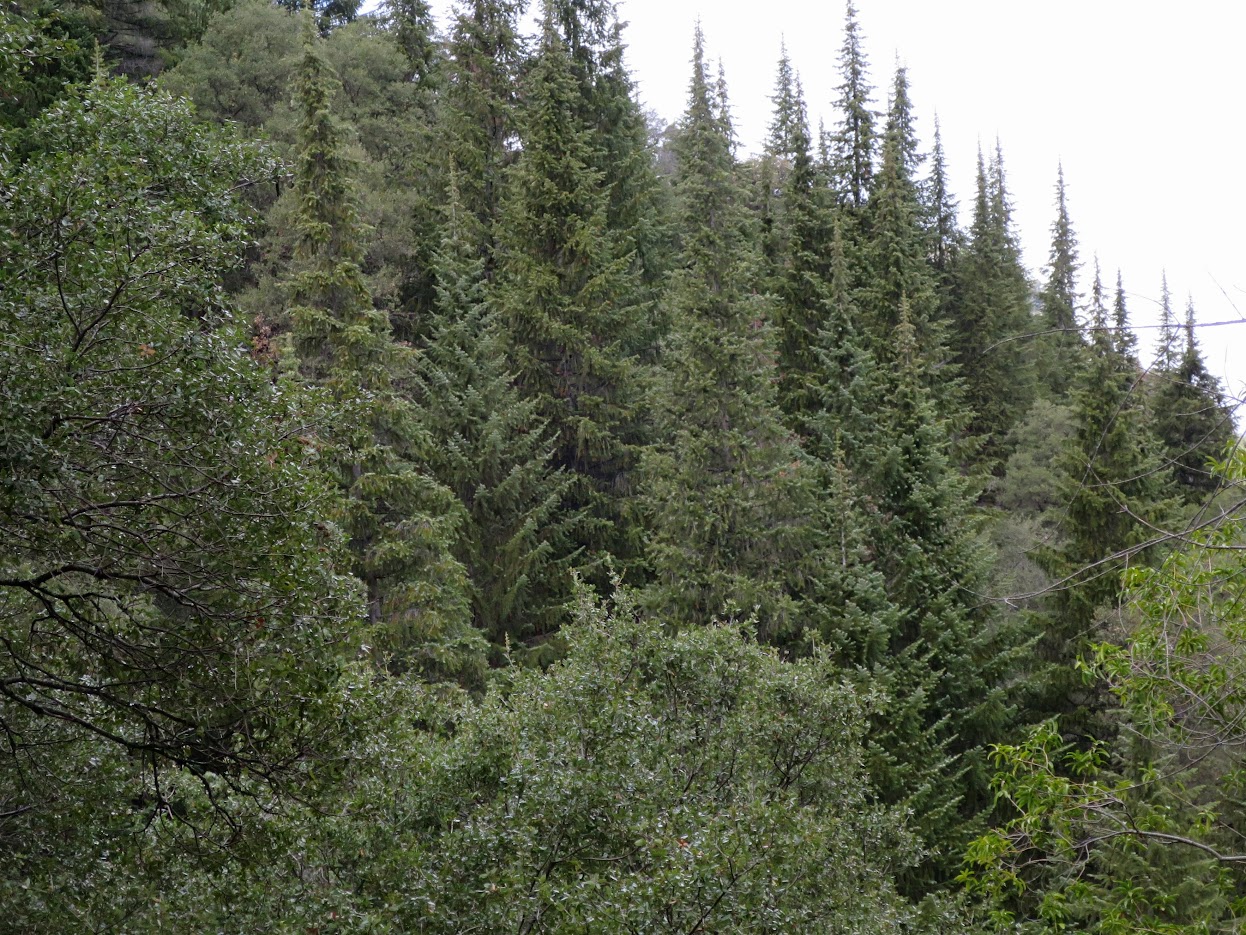 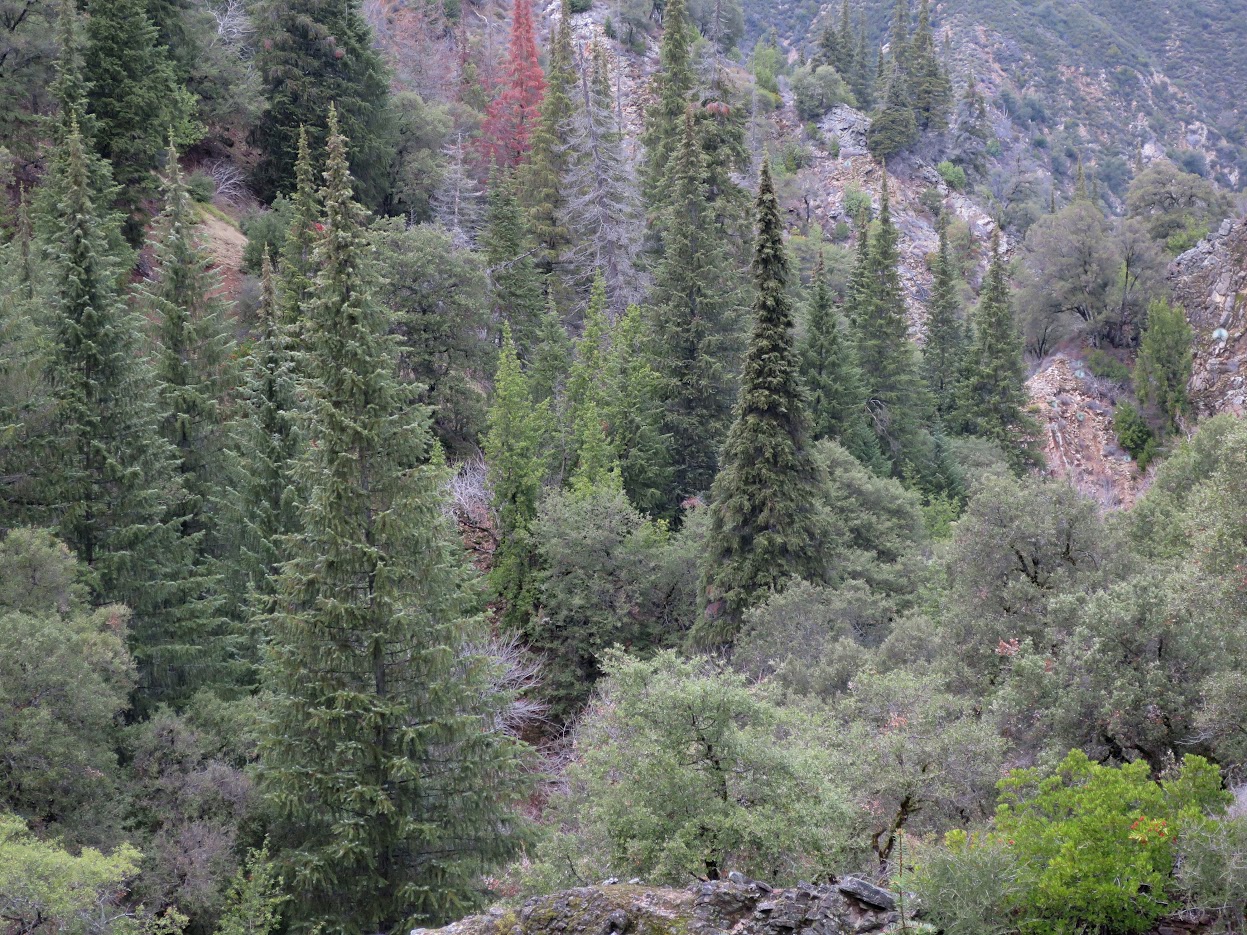 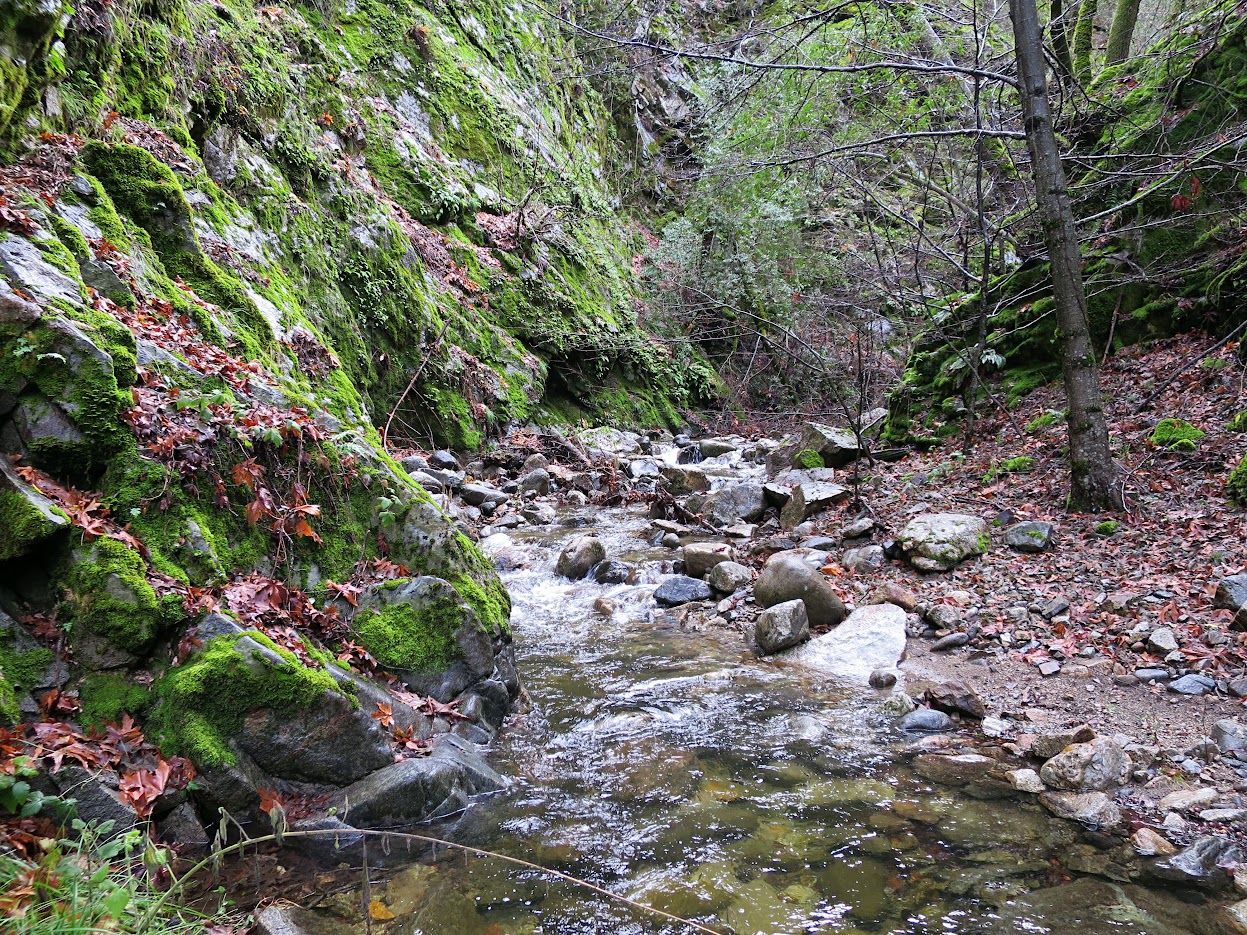 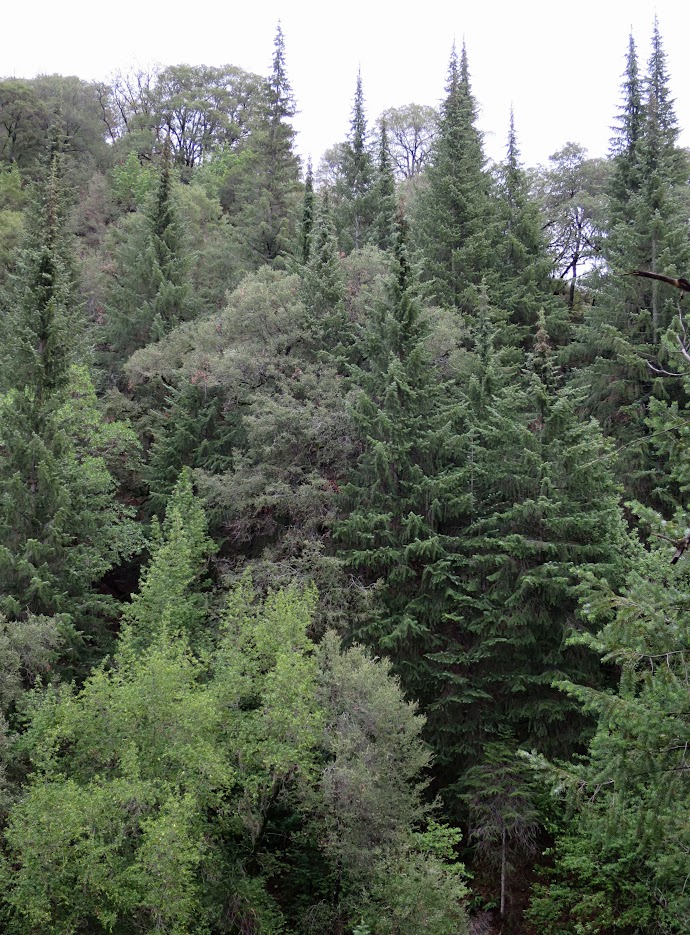 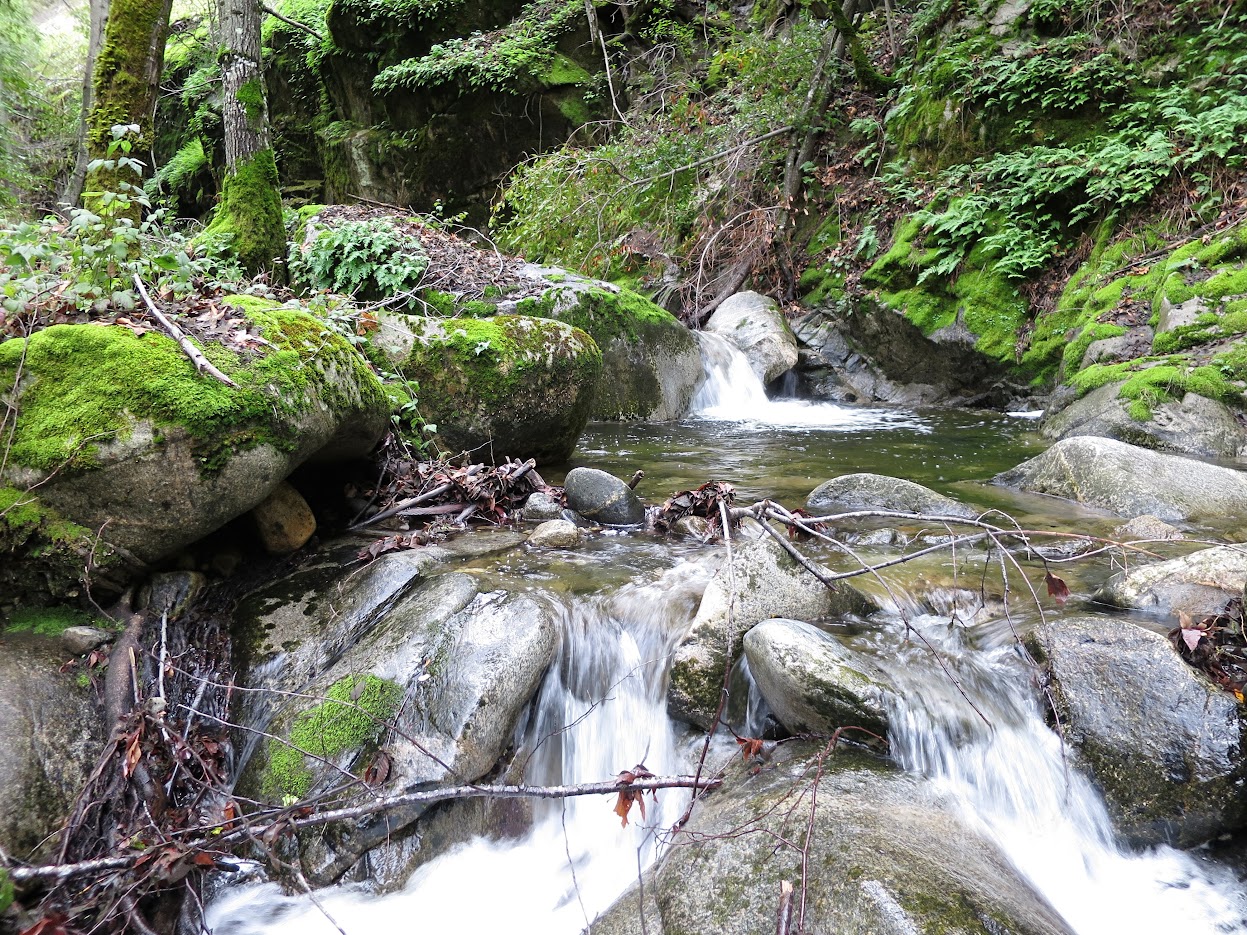 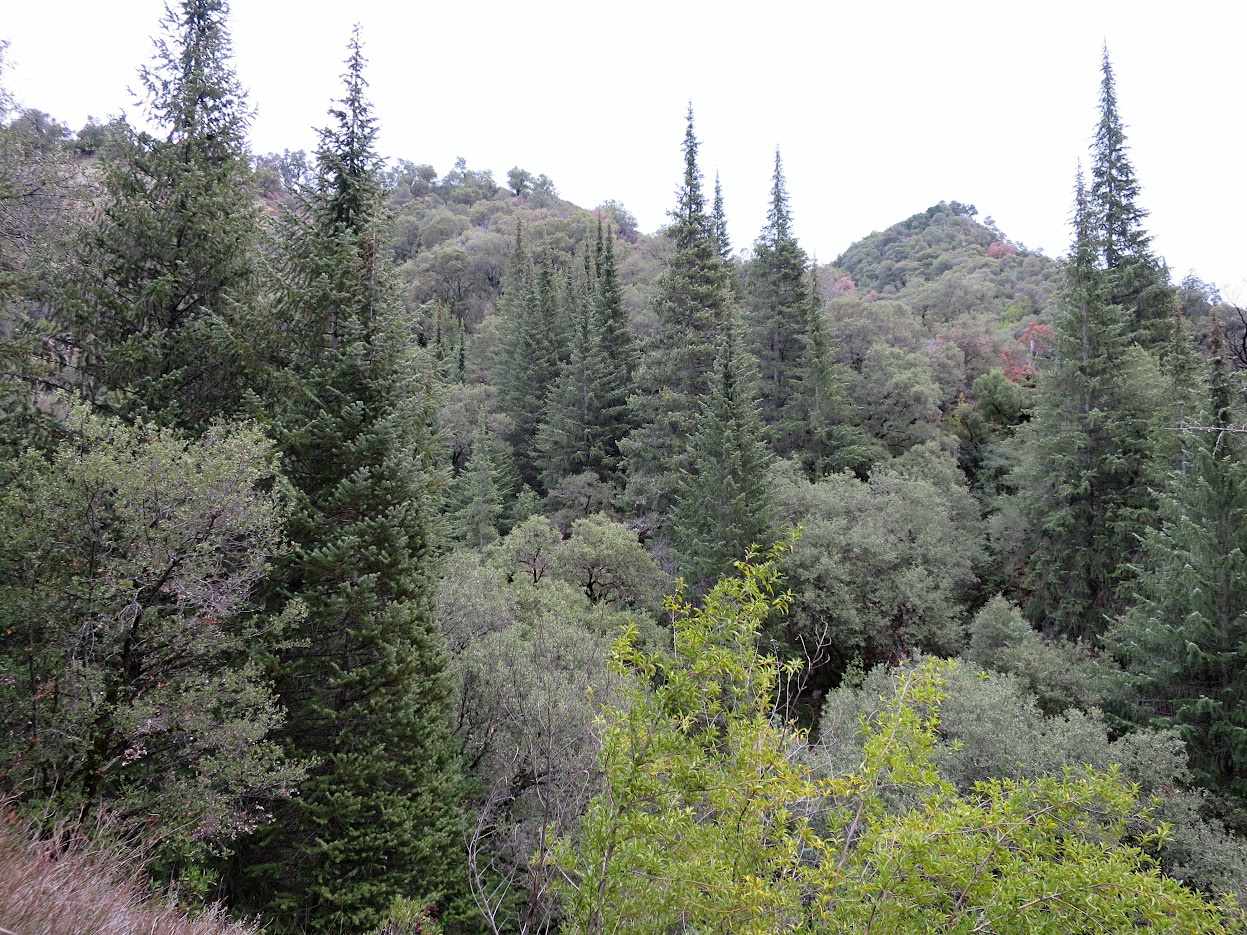 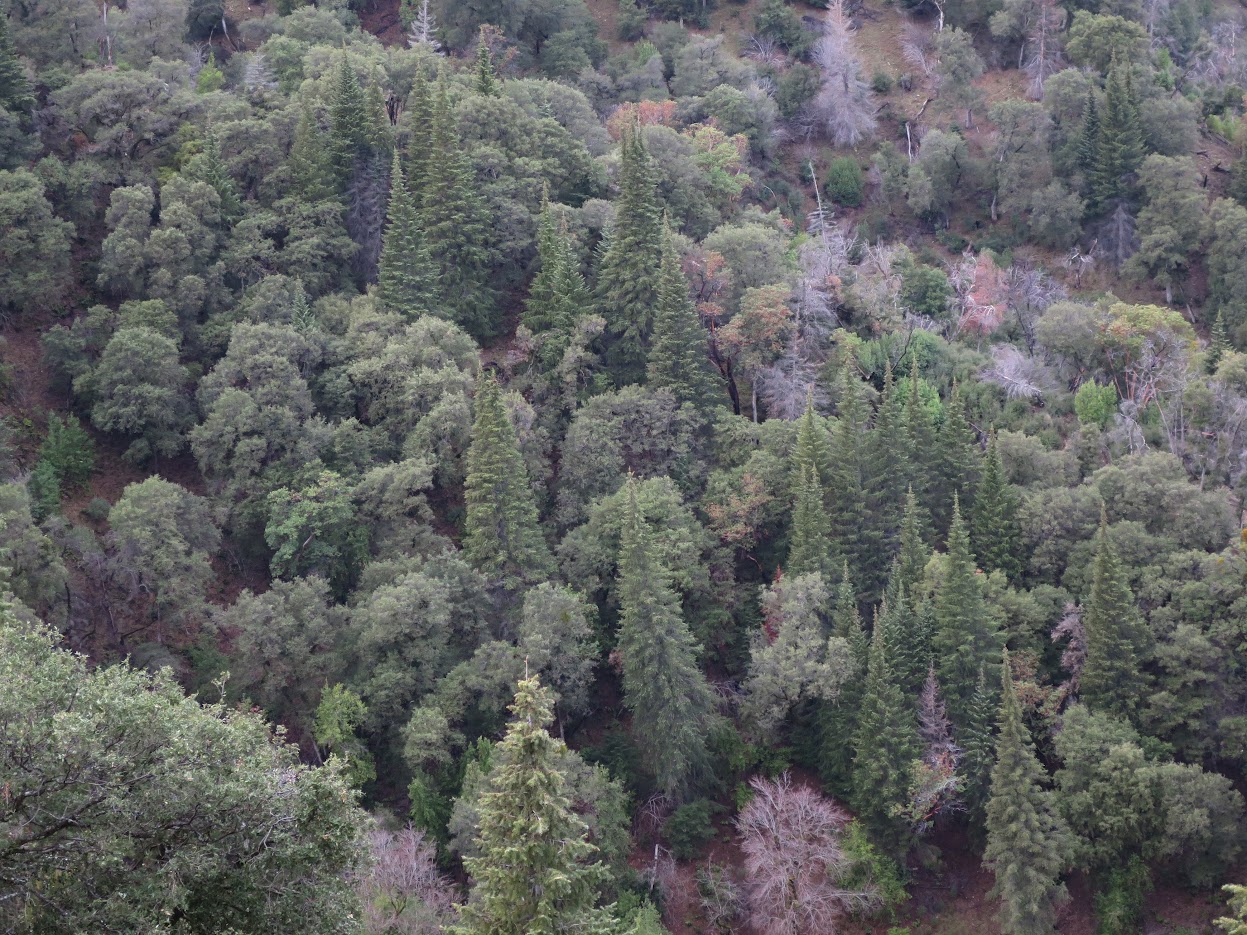 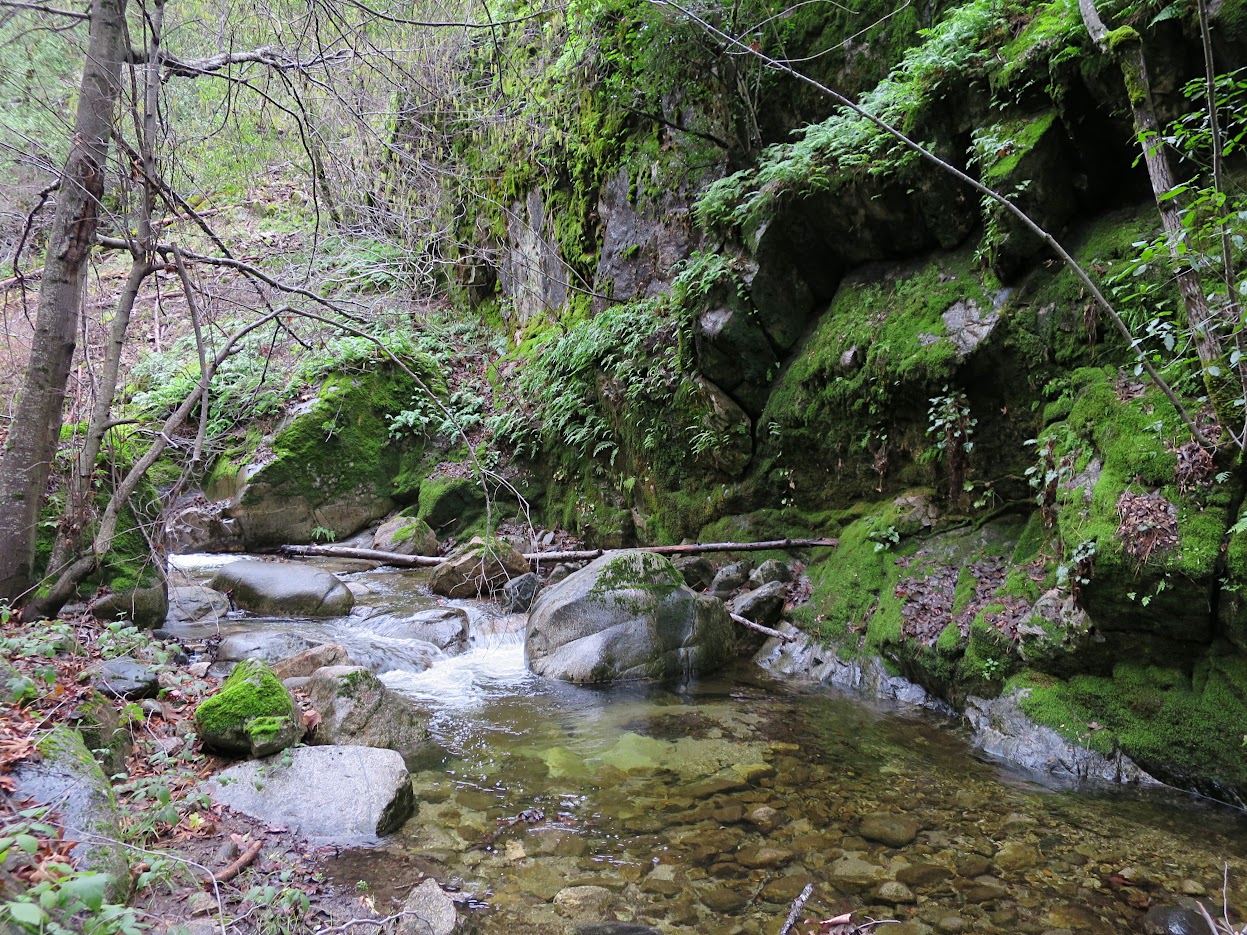 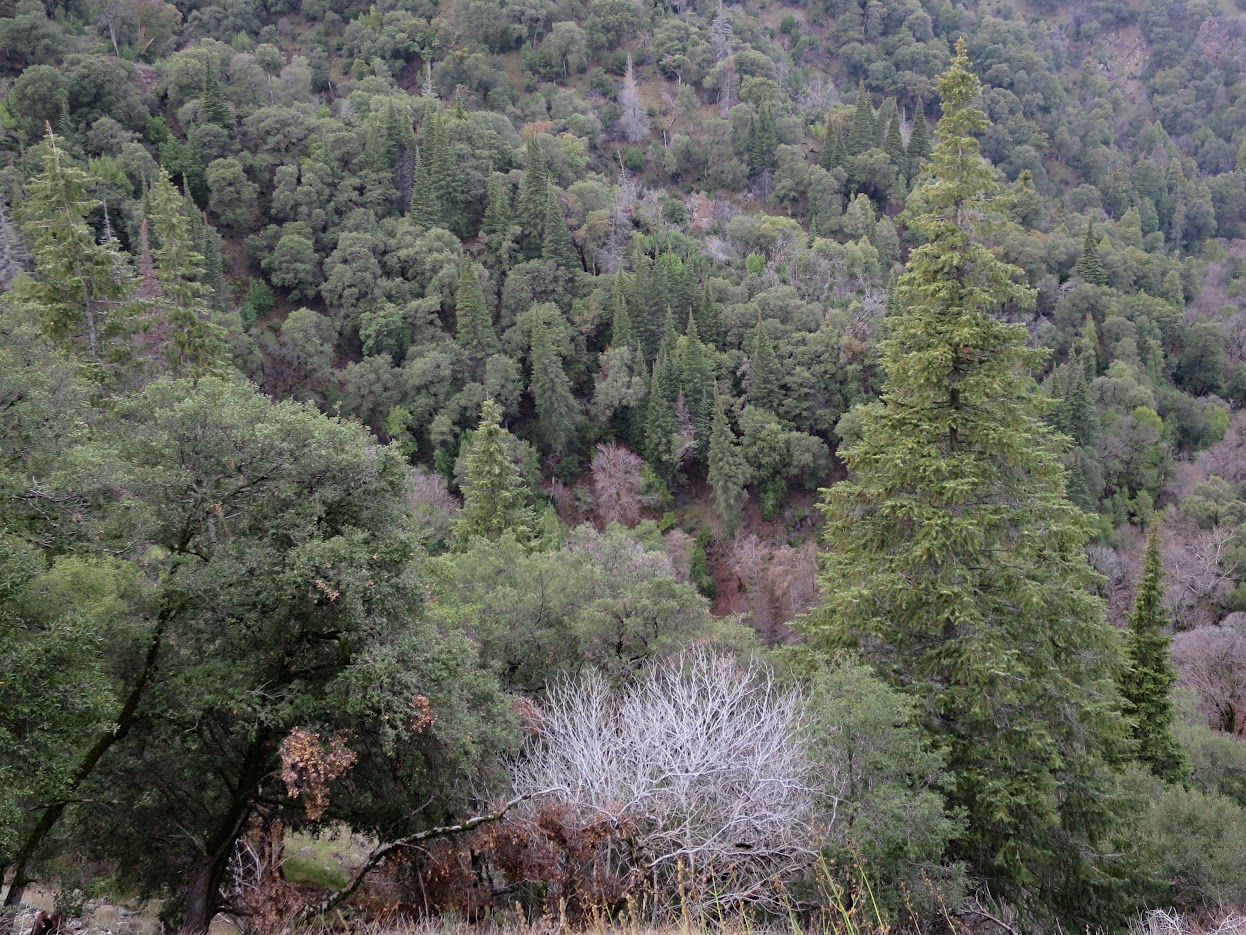 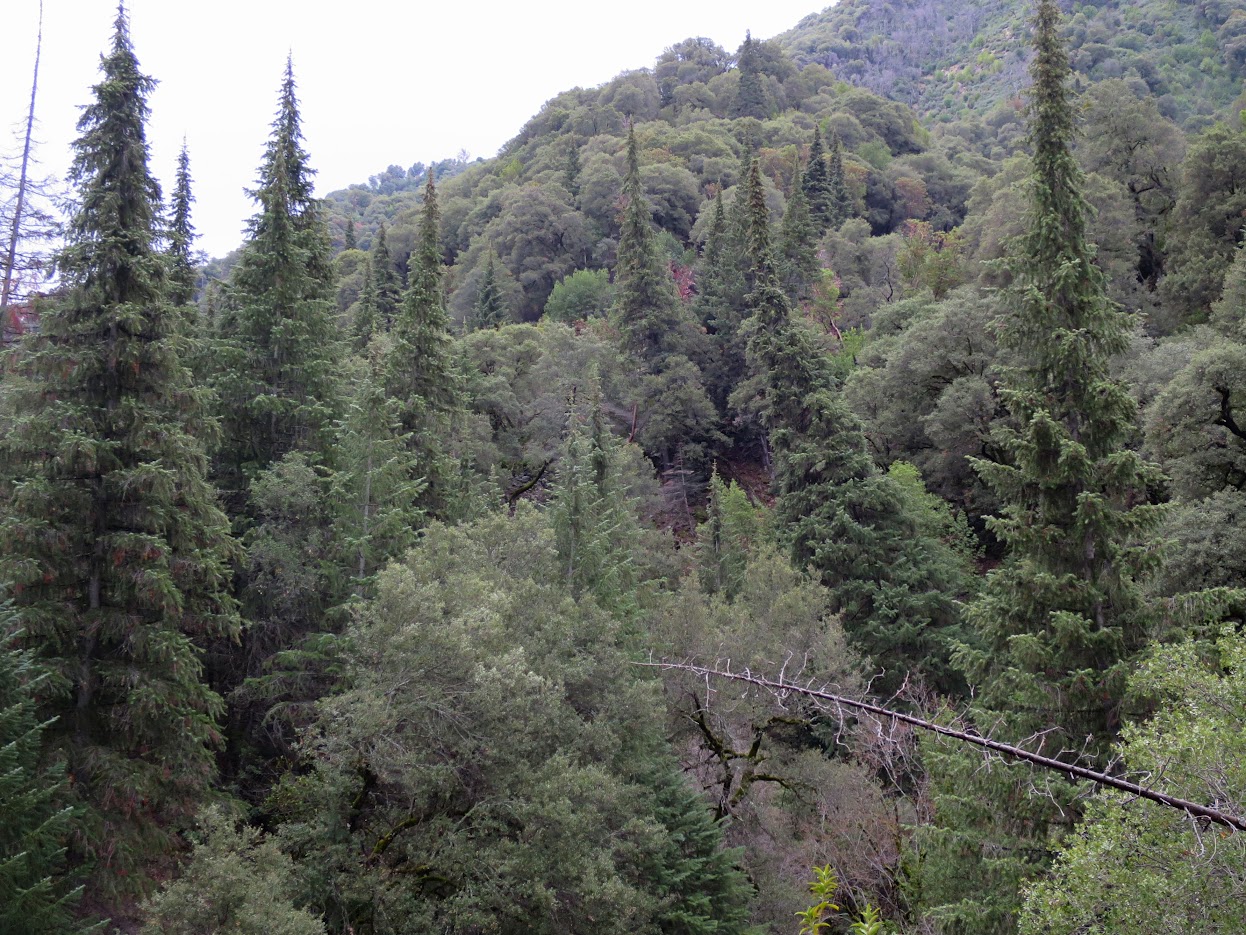 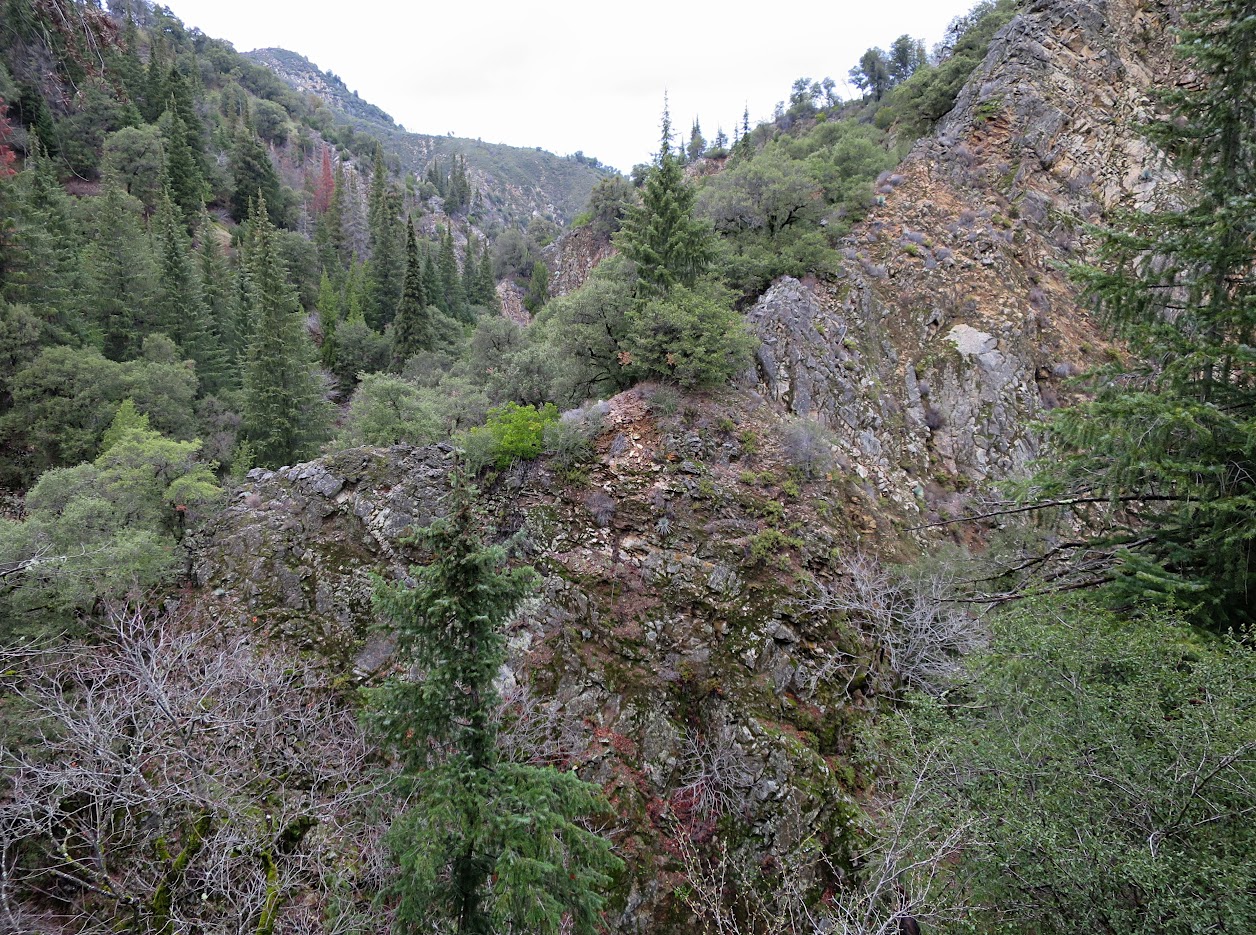